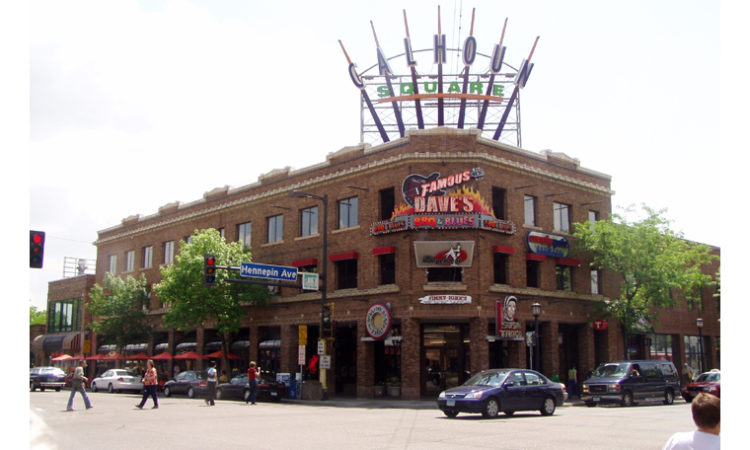 Famous Dave’s isn’t cooked yet. The Minnetonka-based restaurant chain closed its Uptown location early this summer, but as promised upon the closing, the company announced it is reopening at a different spot in Uptown. The new location is at 800 W. Lake Street, and it will be a prototype of Famous Dave’s new smaller, bar-centric restaurant format.

The company debuted a similar small-format model—dubbed “fast-casual”—in Tucson, Arizona this May, reported Nation’s Restaurant News. Its Minnesota successor will open in Uptown sometime in the fourth quarter of 2019.

The new Uptown restaurant will feature a “compact, modern bar and dining area” with community tables, and will continue to focus on delivery and catering, as the previous Uptown location did, according to a company press release.

New food and beverage items will be offered, including shareable finger foods and grab-and-go options. The restaurant also will offer Beyond Meat products, as Famous Dave’s recently agreed to a partnership with the alternative protein brand. In addition, the new site will have a parking lot.

“The new Minneapolis location is part of an effort to give our customers more of what they want, when they want it and continue to address their needs, whether that be dining in our restaurant or enjoying our award-winning BBQ in the comfort of their own homes,” said Jeff Crivello, Famous Dave’s CEO.

The new Uptown site is the latest revamp effort from the BBQ chain which has been through a lot of changes—and tribulations—over the last half-decade.

Founder Dave Anderson left the company in 2014, created a new restaurant called Jimmie’s Old Southern BBQ Smokehouse, then returned to Famous Dave’s in 2015. At that time, Adam Wright was serving as interim CEO, but a year later he was replaced by Mike Lister, the fourth CEO in as many years. The current CEO is Jeff Crivello, who took over in November 2018.

But the chain—now known on the stock market as BBQ Holdings Inc.—lives on. In 2017, then-CEO Mike Lister announced plans to sell Famous Dave’s corporate-owned locations to focus on franchise strategy.