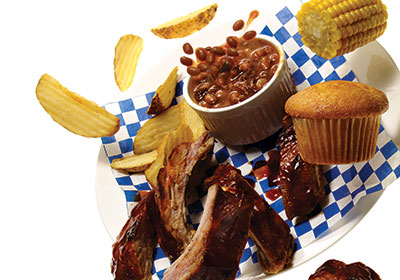 In the latest leadership change at the barbecue restaurant chain, former Dairy Queen executive and Jostens CEO Charles Mooty will take over as Famous Dave’s chairman of the board.
March 07, 2017

Famous Dave’s said it lost nearly $2.5 million in 2016, a roughly $2 million improvement over its prior fiscal year due in large part to cuts in operating expenses.

Sales at both its company-owned and franchise-operated locations fell year-over-year by 5 percent and 4.7 percent respectively, which resulted in a 13 percent sales drop from last year to $99.2 million.

Overall, the Minneapolis-based barbecue restaurant chain’s store count shrank in 2016 after it opened four franchise locations and closed seven. There are currently 176 restaurants that use the Famous Dave’s name – more than three-quarters of which are owned by franchisees.

“We remain focused on the all-important return of our brand to a position of strength,” he said in a statement.

Famous Dave’s made numerous efforts in 2016 to revamp not just its image, but also its menu. In September, the company brightened up its dÃ©cor with bolder colors, changed its Wilbur the pig logo and improved its takeout area (arguably the restaurant’s strong suit, making up 43 percent of its revenue). At the same time, Famous Dave’s added boar sausage sliders and links, a “Blue Ribbon Broccoli Salad” and other items to its menu.

For years, Famous Dave’s has experimented with new business recipes — a topic that TCB explored in late 2015.

On Monday, the company said that it appointed Charles Mooty, a former Dairy Queen executive and current Jostens CEO, as the chairman of its board. Mooty officially became a member of Famous Dave’s board in December.

“Since joining the board, Chuck has demonstrated a deep passion for our company and a relentless desire to work together to build strong momentum across the business,” said Joseph Jacobs, who has served as the non-executive chairman of the board at Famous Dave’s since 2015.

Mooty called himself “a strong believer in the brand,” adding that he looked forward to becoming chairman at a “pivotal time for the company and to further lead its evolution.”

Famous Dave’s shares fell about 4 percent on Monday, closing at $5.50.