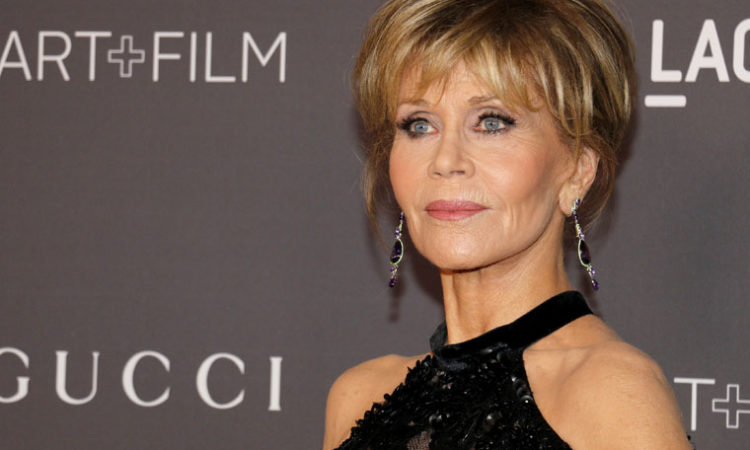 Fonda’s line will include activewear, athleisure clothing, fitness equipment and more, and will be the debut brand of Minnesota-based Evine’s new product development division out of Los Angeles.
By Amanda Ostuni
November 29, 2018

Evine Live, the broadcast television network that sells products to shoppers from the comfort of their couch, is teaming up with fitness and screen icon Jane Fonda on an exclusive lifestyle brand.

Activewear, health and nutrition items, fitness equipment, and an array of athleisure products are expected to make their launch on the Eden Prairie-based shopping network. A number of the items from the Jane Fonda line will be available as early as spring 2019, Evine said.

Fonda believes her upcoming product line will carry a strong appeal to older women, called the fastest growing demographic in the world.

“I have a life-long passion for fitness and health not just because I look better when I take care of myself but because it makes me feel better and think better,” said Fonda. “[Evine’s] strong marketing platform will allow me to bring my fitness knowledge and creative ideas to a market that is lacking strong offerings for women over 50.”

The partnership comes just about two months after Evine launched a new product development division in Los Angeles. The expansion, which includes a studio and office space, aims to modernize Evine’s structure and build out its direct-to-consumer portfolio.

Airing on DIRECTV and DISH Network – and also available with select cable providers and streaming platforms Apple TV, Roku, Amazon Fire TV, YouTube and some Samsung Smart TVs – Evine Live runs 24 hours a day and currently reaches more than 87 million homes. Before Fonda, Evine has partnered with other celebrities, such as singer and entertainer Donny Osmond and chef Paula Deen.

The product line with Fonda — whose legacy includes the Jane Fonda Workout video series and starring roles in the films Coming Home and Book Club as well as on the current show Grace and Frankie — will be the first brand to debut under Evine’s new division.

“Our new venture is a move towards the future and I cannot think of a stronger founding brand than Jane Fonda,” said Evine CEO Bob Rosenblatt in a statement. “We will work to embolden her so that she can harness her positive energy into creating products that will resonate with our customers and hold a long-lasting value.”

Per the terms of the partnership, Fonda has been identified as Evine’s key spokesperson of her new product line, and has also been granted warrants for 1.5 million stock shares, according to a filing with the U.S. Securities and Exchange Commission.

With those warrants, she has the option to purchase 500,000 shares at $1.05 per share and 1 million shares at $3 per share over the next several years.

To promote the lifestyle brand, Fonda will appear on Evine Live throughout the next year to share her expertise on the line’s products with potential customers. Evine also plans to partner with key retailers to bring the line into brick-and-mortar spaces.

“Jane Fonda has a lifetime of experience in the health and fitness industry. She holds the unique ability to relate to women of all ages and backgrounds,” Nicole Ostoya, managing director of Evine’s brand development division, added about the team-up.

Adds Ostoya: “We wholeheartedly believe in everything Jane advocates for and could not be more thrilled for this partnership.”