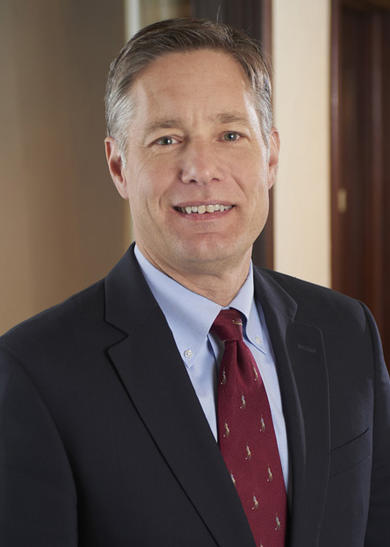 Mark Henneman is Chairman and Chief Executive Officer of Mairs & Power, Inc., Minnesota's oldest investment firm under private ownership and management. The firm manages more than $9.5 billion in separately managed accounts and three mutual funds - the Mairs & Power Growth Fund, Balanced Fund, and Small Cap Fund. The cornerstone of Mairs & Power's legacy has been a proven regional strategy. For decades, the firm has focused its investments on companies with headquarters in Minnesota. Mr. Henneman is Co-manager of the Mairs & Power Growth Fund. He and Bill Frels were named the 2012 Morningstar Fund Manager of the Year - Domestic Equities.

Mr. Henneman began his investment career as an equity analyst with The St. Paul Companies. Prior to joining Mairs & Power, he was Managing Director and Process Leader of Mid- and Large-Cap Value Investments at U.S. Bancorp Asset Management.

In addition to his responsibilities at Mairs & Power, Mr. Henneman is involved in the local community. He is board member and chair of the investment committee for the Ordway Center for the Performing Arts. He was a board member and President of the Union Gospel Mission- Twin Cities. Mr. Henneman earned a BA from Gustavus Adolphus College in St. Peter, Minnesota and received a MBA from the University of Minnesota, Carlson School of Management. Mr. Henneman is a CFA charterholder.