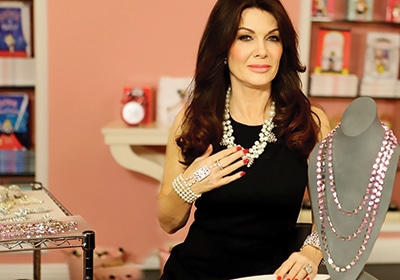 When Southern food celebrity Paula Deen was spotted at CoV restaurant in Wayzata, it was not because she had jetted up to experience the glories of walleye. She was being courted by the area’s hometown shopping network, Eden Prairie-based EVINE Live Inc.

Minnesota’s home shopping network has, in the past, rarely been flashy. The former ValueVision Media has long been a third-place player behind QVC and Home Shopping Network. But under new CEO Mark Bozek, the channel—formerly ShopNBC and ShopHQ—is adding recognizable celebs pitching products only available through EVINE.

The channel is looking to add “brands with fans” to boost interest and sales, says Russell Nuce, chief strategy officer for EVINE Live. In the case of Deen, Nuce notes she has over 4 million Facebook followers.

With respect to Vanderpump, known for The Real Housewives of Beverly Hills, Nuce says: “After meeting her, it became clear immediately that she would resonate with our customers.”

But in a tough environment for retailers, EVINE Live’s sales are growing. For 2014, they increased 5.3 percent to $674.6 million, and net loss narrowed to $1.4 million. Nuce declined to discuss sales breakouts for new product lines, but did articulate goals.

“In 2014, beauty, health and fitness accounted for 14 percent of our sales, and fashion was 15 percent. Those are two areas that we would like to grow,” Nuce says. “When we first got here, there was really no food on this network. That’s an area that’s growing.”