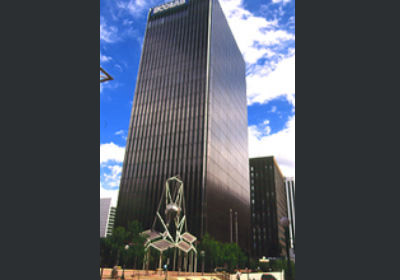 Ecolab’s earnings per share last quarter were in line with analysts’ expectations, but sales missed forecasts from analysts polled by Thomson Reuters ($3.72 billion) and estimates from Zacks Equity Research ($3.75 billion).

In a quarter marked by falling oil prices, Ecolab’s oil and gas chemical supply segment actually saw the biggest gains in sales among the company’s divisions: up 11 percent to $1.14 billion. In a news release, Baker said lower oil prices will slow the division’s growth but that he remained confident because of the strength of the segment’s business model. Further, the rest of Ecolab’s businesses stand to gain from lower raw material costs. “These factors should roughly offset each other, and we look for strong growth from operations before currency effects,” Baker said.

Looking ahead, Ecolab said it expects 2015 full-year adjusted earnings per share to rise to the $4.50 to $4.70 range, an 8 to 12 percent rise over the previous year. Analysts polled by Thomson Reuters expected per-share profit of $4.69. For the first quarter of 2015, Ecolab said it expects adjusted earnings per share in the $0.78 to $0.83 range, a 5 to 12 percent increase. Analysts, meanwhile, expected 86 cents.

Zacks wrote Tuesday that the results failed to impress. “We believe aggressive competition from the likes of ServiceMaster (a Memphis-based commercial and residential cleaning service provider) will continue to hurt the company’s results, going forward. Moreover, challenging economic and market trends along with unfavorable internal issues will likely pose near-term headwinds.”

By mid-morning, Ecolab’s stock price was trading up around 1 percent at $112.49.