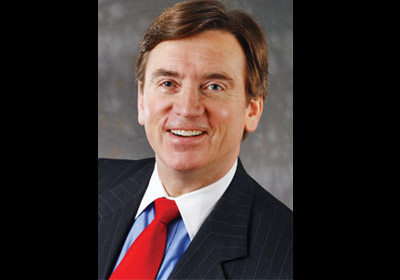 The Dolan Company is making severance payments to its founder and another longtime leader who resigned in conjunction with its bankruptcy filing, which lists $185.9 million in debt and $236.2 million in assets.
April 04, 2014

Several days after the Dolan Company announced plans to file for Chapter 11 bankruptcy protection, new documents offer additional insight into the Minneapolis-based company’s financial situation and reorganization plan, as well as the financial terms surrounding the departure of its longtime leaders.

Dolan said late last week that it planned to file for bankruptcy and said its restructuring plan would reduce the mounting debt tied to its former mortgage foreclosure-processing business.

Dolan provides an array of business information and professional services to the legal, financial, and real estate industries, and it owns the Finance & Commerce newspaper, among other publications. Dolan has blamed a decline in foreclosures for some of its difficulties, and it previously divested some related business units.

The company said late last week that James Dolan—who, along with Cherry Tree Investments, founded the company that bears his name in 1992—would resign from his role as CEO. Scott Pollei, the company’s longtime chief operating officer, resigned as well. Kevin Nystrom, who was appointed “chief restructuring officer” in January, is overseeing the company's operations and restructuring.

And now, an official Chapter 11 petition has been filed, and a new regulatory disclosure outlines the terms surrounding the departure of former company leaders.

The Exit of Two Leaders

A new filing with the U.S. Securities and Exchange Commission describes a “separation and general release agreement” pertaining to James Dolan and Pollei.

“In consideration for his release of any claims against the company and confidentiality, non-solicitation, and non-competition provisions,” James Dolan will receive a cash severance payment of $937,500, payment of COBRA premiums for up to 18 months, and payment for legal fees “incurred in connection with the separation,” according to the regulatory filing.

While James Dolan is credited with founding the company, Pollei, who has also resigned, is described as one of its earliest hires. He joined Dolan Company in 1994 as vice president of finance and climbed the ladder until becoming executive vice president and COO in 2009.

Pollei will receive a cash severance payment of $562,500, covered COBRA premiums for up to 18 months, payment of legal fees, and “outplacement services” for one year, according to the recent regulatory filing.

The document states that global investment management firm T. Rowe Price Associates, Inc., owns nearly 10 percent of the company's stock, while James Dolan owns 6.8 percent. The company's initial announcement about its bankruptcy plans, however, made clear that shareholders would not be compensated as part of the restructuring plan, which involves canceling the company's stock and emerging as a privately held business.

Dolan previously said that its reorganization plan will allow it to cut secured debt obligations by roughly 70 percent—from $170 million to about $50 million. The plan also calls for refinancing Dolan’s DiscoverReady business with a $10 million “unfunded secured revolving facility.”

In the bankruptcy filing, Chicago-based investment firm William Blair & Company is listed as Dolan's largest “unsecured creditor,” with a claim of $837,267. Next comes tax and consulting firm McGladrey, LLP, with a claim of $138,950.

Bloomberg noted that Dolan filed for a “prepackaged bankruptcy,” which allows a company to reorganize and emerge quicker than normal, so long as it wins enough support from creditors, and Dolan has said its case should take about two months.