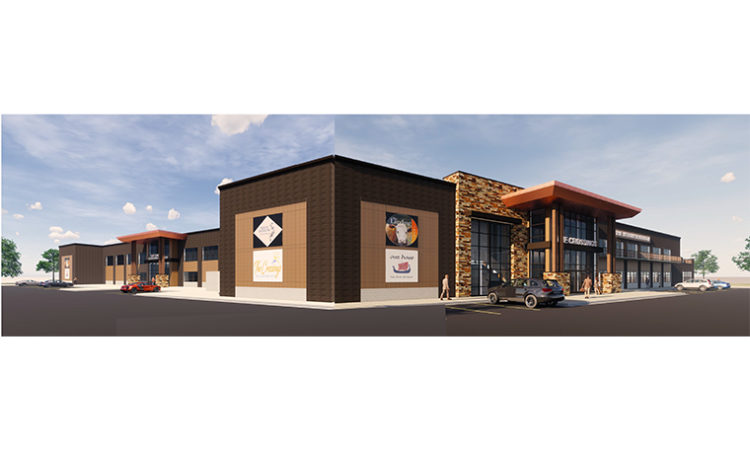 The center would be part of a massive, multi-purpose campus on 12 acres of farmland.

Prior Lake-based Copper Creek is seeking financial assistance from the city to build the center.
By Dan Niepow
December 06, 2019

A Prior Lake developer has dreams of transforming Savage into a sports and entertainment destination.

Copper Creek president Greg Schweich has submitted plans to the Savage city council for a massive multi-purpose campus on 12-acres of farmland. The centerpiece of the campus would be a $15 million, 55,000-square-foot curling and entertainment center. Dubbed “The Crossings,” the center would feature six curling sheets, a banquet hall, a restaurant, and an axe-throwing room.

In June, Copper Creek asked Savage for financial assistance on the entertainment center portion of the project. Tamarack Consulting Group LLC president Mike Stout, who’s helping oversee the project, says it wouldn’t be financially viable to operate the center without help from the city.

“It can be profitable for the developer and for the investors with a modest contribution by the city,” he says. “It’d be managed more as a park or football stadium. It has a community benefit.”

Stout says he’s aiming for a “marginal” 15 to 20 percent tax abatement to build the center.

The city is interested in the project, but it’ll need a few more pieces of information before deciding whether to contribute, says Savage city administrator Brad Larson. For one, the city is asking for an outside feasibility study.

“When someone is asking us for hundreds of thousands – if not millions of dollars—we want to know that the numbers are going to work out,” Larson says. “We don’t want to spend taxpayer money to evaluate that.”

The city is asking for Copper Creek to put the money for the study into an escrow account. Stout says he aims to provide that soon.

Larson also notes that part of the 12-acre parcel is city-owned land. Copper Creek would need to submit a formal request to buy that land, too.

“They still have hoops they need to jump through. We’re just waiting for more information to make the decision,” Larson says.

On Dec. 19, the Savage planning commission is slated to take a closer look at the plans. The commission won’t make a decision on financial support yet. That’ll come after the independent review.

Stout, meanwhile, says there’s pent-up demand in the area for curling spots in the Twin Cities metro. He points to the Chaska Curling Center, which quickly beat its five-year goal for memberships shortly after opening.

The proposed curling center could play host to local and national competitions, too, he says.

“Savage would gain an events center which would be a benefit to local residents, and pull in incremental spending from guests and businesses across the Twin Cities area,” Stout says.