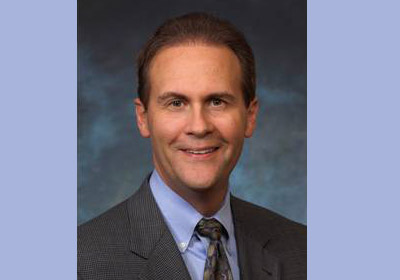 Deluxe Corporation on Thursday announced increased revenue and earnings for its second quarter and also disclosed that it has acquired a digital marketing company for $27 million.

Shoreview-based Deluxe—which makes checks but in recent years has reinvented itself as a provider of more diversified solutions for small businesses—said that earnings for the quarter that ended June 30 totaled $48.2 million, or $0.94 per share, up nearly 14 percent from the same period a year ago.

“We delivered another very strong quarter while continuing to advance our transformation,” CEO Lee Schram said in a statement. “Revenue in the second quarter was at the upper end of our outlook, adjusted [earnings per share] exceeded our outlook and operating cash flow was strong, all driven by favorable performance, particularly in both small-business services and financial services.”

Revenue in the company’s small-business services segment climbed 8 percent to $251.8 million. Sales in its financial services segment dipped from $85.7 million last year to $83.1 million during this year’s second quarter. Revenue from its direct checks business, meanwhile, fell from $52.2 million to $46.5 million, “primarily driven by lower order volume resulting from the continued decline in check usage, partially off-set by higher revenue per order,” the company said.

When announcing its quarterly financial results, Deluxe also said that it has acquired VerticalResponse, a San Francisco-based provider of email marketing, social media, online event marketing, and other services to small-business clients.

The acquisition closed in June, and VerticalResponse was acquired in a $27 million cash transaction. VerticalResponse employs approximately 110 people and will continue to be based in San Francisco. The deal is expected to add $12 million in revenue during the remainder of 2013 and be $0.06 dilutive to earnings per share in 2013, the company said.

Schram said that sales in Deluxe’s marketing solutions and other services business increased 21 percent during the second quarter “and will further benefit from the acquisition of VerticalResponse.”

Janine Popick, CEO and founder of VerticalResponse, announced the sale of her company in a column on Inc.com. According to VerticalResponse’s website, the company’s products serve more than 800,000 users worldwide.

Shares of the company’s stock were trading up about 2.45 percent mid-day Thursday at $39.80.

Deluxe is among Minnesota’s 25 largest public companies based on revenue, which totaled $1.5 billion in 2012. The company employs nearly 5,500 people, 1,020 of whom are located in Minnesota.