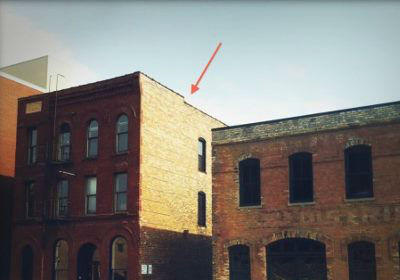 Eric Dayton and Andrew Dayton haven’t revealed specific plans for the new property, for which they paid $825,000.
September 09, 2012

The entrepreneurs who own and operate The Bachelor Farmer restaurant, Marvel Bar, and Askov Finlayson men’s boutique have purchased a second building in downtown Minneapolis’ North Loop neighborhood.

Eric Dayton and Andrew Dayton—sons of Governor Mark Dayton—said Thursday that they bought a facility that’s adjacent to the one that houses their three businesses.

The just-bought property, known as the Historic Hennepin Hotel, is located at 204 North First Street. The three-story structure was built in 1888 and comprises 8,400 square feet.

A spokesperson representing the Dayton brothers told Twin Cities Business that the purchase price was $825,000.

“We’re thrilled to be deepening our commitment to the North Loop neighborhood with this acquisition,” Andrew Dayton said in a prepared statement. “It’s a terrific complement to our current property and presents us with a number of exciting business opportunities.”

According to the Daytons, there are no specific plans for the new property—but the brothers plan to begin renovating the building next year.

On Thursday morning, The Bachelor Farmer posted a photo of the new building on its Facebook page and said: “No plans to announce just yet, but we’re having a lot of fun thinking of the possibilities.”

The building’s former owner, Prisma International, Inc., will remain a tenant and keep its headquarters there through the end of 2012.

The Historic Hennepin Hotel building represents the Dayton brothers’ second development project in the North Loop. In 2008, they purchased and then later restored a neglected warehouse at the corner of North First Street and Second Avenue North. It now houses The Bachelor Farmer, Marvel Bar, and Askov Finlayson. Next month, the Daytons will receive a 2012 Minnesota Preservation Award from the Preservation Alliance of Minnesota for their work on the project.