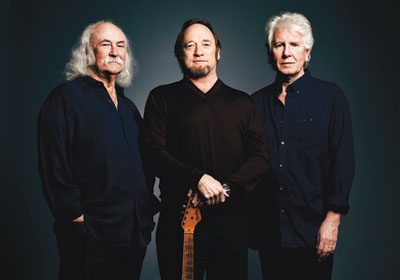 None of them has released an album in 12 years, solo or otherwise, but who cares? No one goes to a CSN concert to hear something new. That said, early reports from CSN’s summer tour have them playing a few freshly penned protest songs, along with the obligatory laundry list of megahits, as well as a Dylan cover or two. In New Zealand, they even broke out “Suite: Judy Blue Eyes,” a tune they hadn’t played live for 20 years.