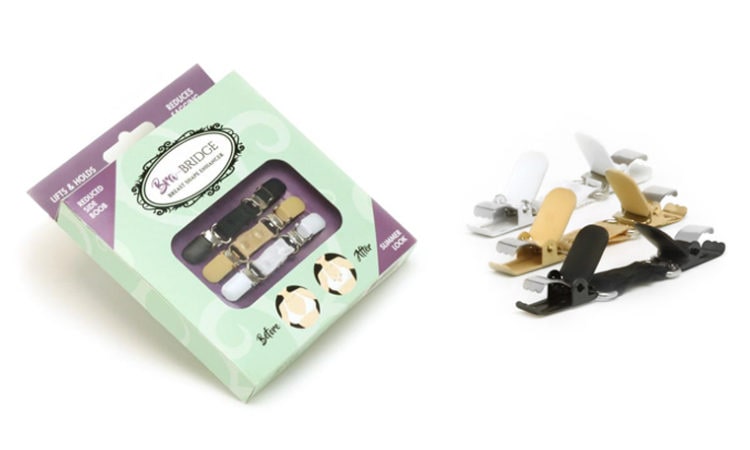 From court room to women’s intimates department. The founder of Bra Bridge explains the mindset that gave her the courage to take a major leap.
By Judith Samson
January 08, 2019

What separates the people who venture out and risk everything to become entrepreneurs from those who play it safe, only dreaming about it and never actually pulling the trigger? The only answer I’ve come up with is being able to accept rejection and failure. I have never been a person to shy away from anything. My husband always points this out and asks, “Aren’t you worried they will say no?” In my mind, that’s never even an option. Why would someone say no? Believe me, I have heard “no” more than I can count, but it never stops me from asking, again and again.

I have lived my life this way for many years. It goes as far back as high school when I decided I did not like being there, and finishing was not a priority. Instead, I applied to college my junior year of high school and received an acceptance letter. To this day, I still don’t understand why they never asked me for my transcripts or proof of graduation. I never planned to become an attorney until I realized I had nothing better to do. So I took the LSAT, and though I didn’t score well, I applied to law school, and got in on a probationary status. Fortunately, I did very well in law school and upon graduation quickly realized I wanted to be my own boss. I was, in fact, an entrepreneur at heart.

I was one of the few law students who worked all three years for a criminal defense attorney. I cold-called him out of the phone book and asked for a job, and that experienced attorney was kind enough to give me a shot, which started me on a career path. It never occurred to me he might say no. That was, and always is, my mind set.

Fast forward 20-plus years. While running my solo law practice, I decided to take on a new enterprise. The idea grew out of catching a glimpse of my reflection in a mirror—or worse yet, a photo on Facebook. All I could focus on was my terrible posture. I had considered a breast reduction but was never willing to go under the knife. I just wanted to be able to walk into a room with confidence and grace, with my shoulders back and my breasts not bouncing around.

So I designed Bra Bridge. This unique product—a bra clip that lifts, holds, and slims—not only became my passion but my mission. I knew the Bra Bridge could change women’s lives and give them more confidence and security. I created something so simple that would have a profound effect.

But the list of things I didn’t know about product development became overwhelming: finding a manufacturer, packaging, maintaining a web presence. I needed partners as ambitious and driven as I was.

I immediately enlisted my husband, Kevin, who already was on board with his support. Next, I recruited my friend, Francoise, a public relations expert. Whereas Kevin was already vested, I had to convince Francoise to take a giant leap with me. It was going to be a hurdle because she is a woman who does not need the Bra Bridge. But she quickly saw the potential in this invention and after a few meetings, she agreed to be my partner.

During all this time, it never occurred to me that this business might not work. I never threw around the, ‘what if…? or the ‘should I…?’ I knew this is what I wanted to do, and I would make it a success.

We’re approaching one year since our product launch and it has been a wonderful and exciting journey. I have learned more about sales and manufacturing, packaging, Pantone colors, social media, cold calling editors, and buyers than I ever imagined. What I love most about this adventure are the ups and downs. There will always disappointing moments, but I have never looked at rejection as a bad thing; rather a challenge.

Early on I was in contact with an editor of O magazine who planned on including Bra Bridge in an article, but that fell through. Apparently, that is common in this industry and took some getting used to, but I’m positive we will get into O magazine at some point and it will be another feather in Bra Bridge’s cap. It’s all about patience, perseverance, and most of all not fearing failure or rejection. 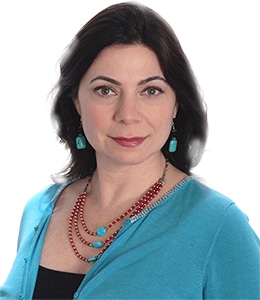 Judith Samson is a wife, mother of three boys, and an experienced criminal and defense lawyer. Recently, she added entrepreneur to that list as the founder of Bra Bridge, a product she says is designed to give women more confidence about their appearance. It sells online and at specialty retailers.