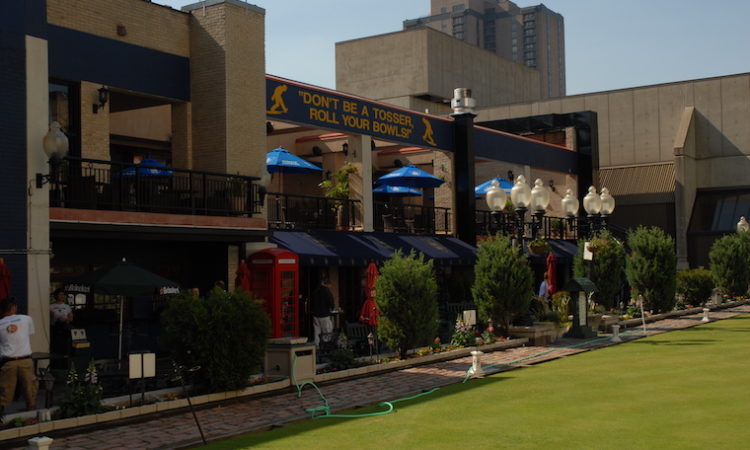 Twin Cities-based Kaskaid Hospitality, best known as the operator of Crave restaurants, announced today it is near to closing on the purchase of Brit’s Pub on the south end of the Nicollet Mall in Minneapolis. Brit’s opened in 1990 and has gradually expanded into a hub for fans of European sport, British fare, and summer lawn bowling on the pub’s rooftop.

Kaskaid founder and CEO Kam Talebi said the sale was prompted by the relocation of longtime managing partner Gene Purdy, that Purdy’s group approached him approximately 90 days ago about buying the business. Talebi said Kaskaid would strive to maintain Brit’s in its current form.

Kaskaid operates 16 restaurants, a small group of event centers, and a catering business, though it is primarily known as the founder and developer of the Crave group of restaurants. Its eight Twin Cities locations have been solid operations while attempts to expand out of region have been largely unsuccessful.

Kaskaid has also tested other concepts at the Mall of America, Shops at West End, and a space on Hennepin Avenue near Uptown, but most have closed or quickly re-concepted. It also operates the successful BLVD Kitchen in Minnetonka for its owner, Minneapolis-based commercial real estate developer CSM Corp.

Brit’s and Crave America are both privately held and terms of the sale agreement were not disclosed.

Though Brit’s is not known for notable food, it is regarded as a unique and irreplaceable drinking venue, beloved by generations of soccer fans and after work ale drinkers. It was recently named one of America’s Best Rooftop Bars by Thrillist. Initial reaction on social media to the sale was wary, with MplsStPaul Magazine restaurant editor Stephanie March tweeting she was “very. worried.”