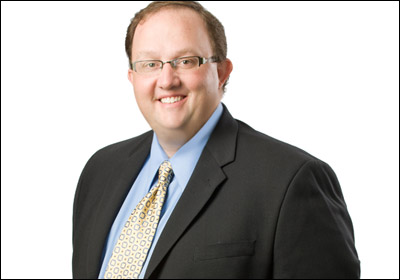 A merger involving the 26-lawyer Minneapolis firm Mackall Crounse & Moore marks the third significant law firm combination in the Twin Cities during the past couple of years.
November 21, 2013

Yet another Minneapolis law firm is changing its business cards to accommodate out-of-town names.

Beginning Saturday, Mackall, Crounse & Moore, a 26-lawyer corporate law firm that has operated in Minneapolis since 1918, will be known as DeWitt Mackall Crounse & Moore.

Mackall, Crounse & Moore’s 2013 revenue totals about $9 million, according to an estimate by trade publication InsideView. It is merging with DeWitt Ross & Stevens, a Milwaukee, Wisconsin-based firm with an estimated $38 million in annual revenue and 81 attorneys.

DeWitt Ross & Stevens will not change its name, and no layoffs are expected to result from the combination, according to a spokesperson from the firm.

The new Minneapolis operation will be managed by Bradley Raaths, who works from DeWitt Ross & Stevens’ Madison office and was not immediately available for comment on Friday. He indicated in a statement, however, that Mackall Crounse & Moore was attractive due to the shared business structures and shared corporate expertise of the two firms. Robert Due was the most recent chief manager at Mackall Crounse but will not hold a leadership role in the restructured firm.

The deal is being described as a “combination,” although the fact that local operations will be overseen by out-of-town management makes it resemble more of an acquisition. But Tim Moratzka—a commercial litigator who has spent 20 years with Mackall Crounse & Moore and who served as managing partner from 2001 to 2011—insists it's more a combination of practices, and the staff is not uneasy about the loss of local governance.

“We’ve worked with DeWitt on a number of things over the past 10 years, and we’ve traded management experience for quite some time,” Moratzka told Twin Cities Business by phone. “We think alike in client service and we think alike in keeping costs of legal services manageable and the results effective.”

Moratzaka declined to comment on financial terms of the deal or to disclose how long the two firms were in talks. But he said that the local office will now be able to offer a wider array of capabilities to clients, such as intellectual property work and securities expertise. “This deepens our offerings in a lot of ways, and offers us some news things.”

The deal marks the third significant law firm combination in the past couple years. In early 2012, Faegre & Benson joined forces with Baker & Daniels in Indianapolis to become Faegre Baker Daniels, one of the 75 largest firms in the world, with a local managing partner in Andrew Humphrey. And in September of this year, Leonard Street and Deinard merged with Stinson Morrison Hecker of Kansas City to form Stinson Leonard Street, with co-managing partners.

According to legal consulting firm Altman Weil, U.S. law firms are on pace for more than 70 mergers in 2013, the most since 2008, at the start of the Great Recession.