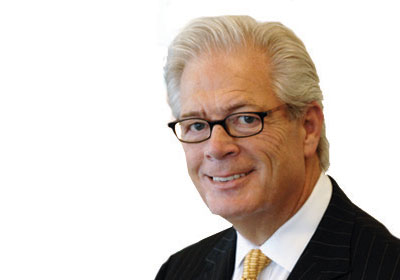 How golf connects with business.
September 01, 2008

By the time this column is published, the Minnesota golf season will be drawing to a close. For some of my friends, this is cause for grief; for others who have been my golf partners, it’s a time of silent relief.

Since I’m not a very good golfer, you may wonder why I punish myself (and others) by continuing to show up at the course. For people in my line of work, golfing is not just a sport, or “a good walk spoiled,” as Mark Twain once said. I am invited to a number of golf outings each year where I am expected to compete as well on the course as I do in business. And I have to admit that, although I enjoy golfing, it doesn’t necessarily come naturally to me. I battle a wave of anxiety before I attend one of those events.

Until now, I’ve tried to keep my anxiety a secret, because admitting that you’re not a decent golfer is like admitting you’ve got an infectious disease. In business circles, golf is so highly regarded that if you’re not at least a 10 handicap, you might as well join a leper colony.

So why do businesspeople love golf so much? The answer occurred to me at a recent church sermon, when my minister described golf as an “untidy” sport. The unpredictability and challenging nature of golf is as untidy and unpredictable as business leadership can be. The lessons we learn on the golf course are similar to those we learn in business, and the personal challenges, rewards, and anguish found on the course can also be found in the corner office.

Golf legend Bobby Jones once said, “Golf is a game that is played on a five-inch course—the distance between your ears.” That’s evident when you watch the golfer who goes through all sorts of gyrations and adjustments before teeing off—then duffs it into the rough 50 yards away. This type of golfer isn’t focused or confident in his ability, and isn’t envisioning the end result of getting that darned little white ball into the tiny cup hundreds of yards away.

In business, these are the same leaders who lose sight of the vision and are easily distracted. They are reactionary, trying a strategy for six months, then a different one for another six months. Or they switch target markets (the equivalent of switching clubs).

When I decided to take up golfing (which was later in life, because in my younger years I was attracted to contact sports like football, dancing, and spin the bottle), my golf partner told me to keep my head down and my eyes on the ball. Don’t sweat the small stuff, just concentrate. And that’s good business advice, too.

Part of the allure of golf is that it’s a game played outdoors, where the elements created by both nature and golf course designers provide challenges. Golfers have to consider the wind, how wet or dry the greens are, and the topography of each hole: sand traps and bunkers, creeks and trees, and so on. While you’re concentrating on just hitting the ball, part of your mind must be thinking about these elements.

Effective business leaders do the same by considering the changing environment in which they are competing and make adjustments accordingly. Is the rising cost of oil increasing your cost of business? Figure out how to operate more efficiently—like the UPS managers who, as I saw on a news segment recently, have learned they can save on gas by using more right turns on delivery routes, resulting in reduced time spent idling at stoplights waiting to turn left.

Golf is often described as a “gentleman’s game” because there are no referees on the course enforcing the rules. Golfers are expected to know the rules and follow them.

During the 2001 British Open, Ian Woosnam’s caddie informed him on the second tee that he had too many clubs in his bag. After nearly making a hole-in-one on the first hole, Woosnam was leading in the final round when the two-stroke penalty he imposed upon himself for that rule infraction cost him the lead. That’s the stuff that makes golf such a wonderful game.

In business, we are also expected to know the rules, impose them upon ourselves, and be honest. There’s no excuse for breaking the law or ignoring accounting standards. As leaders of business, society expects us to know the laws, understand the difference between right and wrong, and exercise self-control. We can’t be like the guy who scored a hole-in-one and wrote “0” on his scorecard.

A few years ago, I had the opportunity to golf with my son at the Stanford University Golf Course, where Tiger Woods sharpened his golf skills. As we stood at a tee box looking over the fairway, which included a clump of very tall trees about 300 yards out, my son informed me about Stanford folklore, which says that Tiger always hit the ball over those trees with just one drive, placing his ball next to the hole.

Always up for a challenge, I thought just maybe I could do the same. I put both cheeks into it, swung with all my might, and hit the ball with a resounding “Whack!” With euphoric anticipation, I watched my ball soar through the air only to see it land about 50 yards in front of the trees! I was no where in the same league as Tiger. (Did I mention that playing golf is also humbling?)

In the same manner, successful business leaders understand their strengths and weaknesses and how those stack up against the competition. If you lead a small company, don’t try to play against the Tigers in your market, but find a sweet spot where you have a competitive advantage.

Golf legend Ben Hogan said that “golf is 20 percent talent and 80 percent management.” My stepfather was a scratch golfer in his prime, and understood that concept. As he got older, he didn’t have the strength to drive as far as he once had, but his drives were always straight as an arrow. He’d proceed to the hole with a couple more not-so-long shots, sink his putt, and end up with a birdie! He understood that consistency was important.

There’s a lesson in there for business leaders as well. Patience, consistency, and hitting straight are more successful than glitzy strategies. Figuring out what you do best and then executing day in and day out will reward you with more birdies than bogeys. As the old saying goes, “driving is for show, but putting is for dough.”

In closing, I’ll rely on another Bobby Jones quote: “Golf is the closest game to the game we call life. You get bad breaks from good shots; you get good breaks from bad shots—but you have to play the ball where it lies.” That’s how I view my golf game and my approach to business leadership. I may not always do so well, but I’m determined to play the ball where it lies and make the best of every situation.