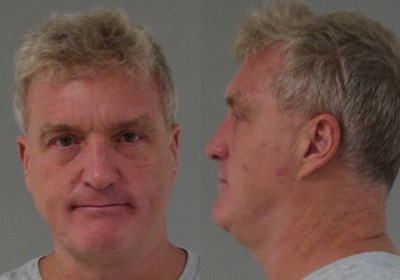 The owner of at least seven construction companies including RSI Associates Inc. was charged on Tuesday for fraudulently obtaining at least $3 million in contracts from the City of Minneapolis, the Metropolitan Council and several other Minnesota entities.

Typically, public and quasi-governmental entities open bidding to multiple contractors in order to commission construction projects. Court filings indicate that Gerard Leonard Roy, 53, and a resident of Prior Lake, bid on contracts from a number of state and city offices, as well as colleges and universities, between 2010 and February 2015 while using forged documents.

With any bid, contractors are also required to obtain surety bonds from a third-party insurer, which will generally cover payments for labor and material costs. (Surety bonds typically cost the contractor between 0.5 and 2 percent of the contract’s total amount, and help to guarantee completion of the project).

Roy is facing allegations that he had no such insurance and instead forged the signatures of relevant sureties, witnesses and public notaries in order to ensure bid eligibility. According to documents, as Roy obtained roughly $3 million in construction contracts over five years, he subsequently earned $1.8 million in payments and caused clients, subcontractors and others to lose at least $700,000.

Investigators of the case alleged that between June 2011 and July 2012, Roy withdrew about $400,000 from a company bank account and transferred most of it into a personal account. Prosecutors say some of that money was used to make house payments.

Not long after this, one of Roy’s companies, Omni Construction Services, filed for Chapter 7 bankruptcy. Court filings imply this was a ploy to avoid a $600,000 liabilities payment.

After serving one year in jail for an unrelated matter, Roy allegedly duplicated his previous money-laundering tactic. After gaining at least six new contracts between 2013 and 2015, documents state that Roy withdrew another $400,000 from a different company account. However, this time Roy allegedly used the cash to buy jet skis, snowmobiles, gold coins, a Corvette and one other Jaguar-branded luxury vehicle.

Soon afterward, Roy’s business RSI Associates, Inc. filed for Chapter 11 bankruptcy. Again, courts documents indicated this was a scheme to avoid a half a million dollars in liabilities payments.

“Competitive bidding for government contracts requires all companies to play by the rules,” said U.S. attorney Andrew Luger in a statement. “This defendant is charged with gaining an unfair advantage by breaking those rules, failing to meet his obligations and then trying to reap a windfall by declaring bankruptcy.”

Roy is being indicted for five counts of wire fraud, four counts of transactional money laundering, two counts of mail fraud and two counts of concealment of bankruptcy assets.

“He took business away from honest contractors, while victimizing his clients and subcontractors with unfinished projects and unpaid bills, all without the financial protection that legitimate insurance bonds have provided,” added Minnesota Commerce Commissioner Mike Rothman in a release. “According to the indictment, committing insurance fraud was just part of business as usual for Gerard Roy and his construction companies.”

A date of sentencing has yet to be released.