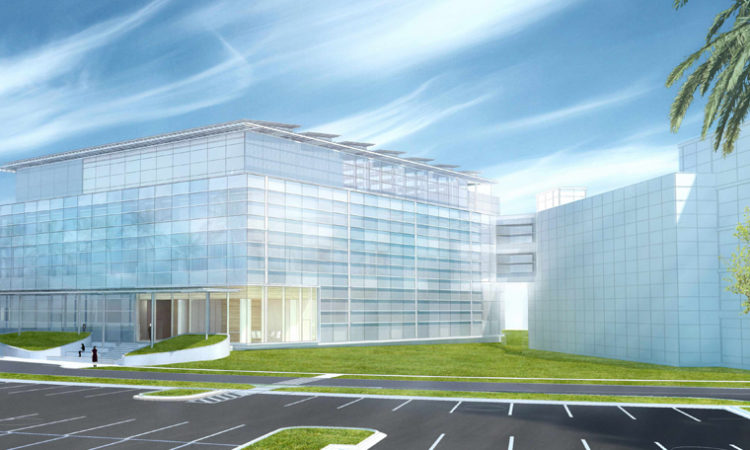 Collaboration with United Therapeutics could include opening a similar facility in Rochester later on.
By Don Jacobson
November 01, 2017

The official green light has been given for the Mayo Clinic and partner United Therapeutics to begin construction work on a multi-million-dollar project to build a lung restoration center on the clinic’s Jacksonville, Florida campus, according to a published report.

The Jacksonville Daily Record reported last week that city officials have signed off on a building permit to begin soil, foundation and structural concrete work for the project, in which Mayo and Maryland-based United Therapeutics Corp. (Nasdaq: UTHR) are combining forces with a goal to significantly increase the volume of lungs available for transplantation.

The construction effort was first announced in 2015 with a completion date envisioned for late 2017. That timetable was pushed back, however, with foundation work only now getting underway.

No cost estimates have been officially provided on the lung restoration facility, but the Daily Record reported that still-pending building permit applications for the three-story, 75,000-square-foot building total more than $32 million in value.

In U.S. Securities Exchange Commission filings, United Therapeutics revealed that under its 2015 collaboration with Mayo, it is responsible for nearly all costs associated with the construction of the facility on the Jacksonville campus, as well as the ongoing operating expenses for the facility.

The company says the new building will be its second laboratory devoted to performing ex-vivo lung perfusion services on a fee-for-service basis – the only two such facilities in the United States (the other is at United Therapeutics’ headquarters in Silver Spring, Maryland).  Lung perfusion is the process by which marginal donor lungs are treated with specialized solutions and gases that can reverse lung injury and remove excess fluids in the lung, and making them clinically viable for transplant.

Under the collaboration agreement, United Therapeutics will lease land on Mayo’s Jacksonville campus, while the clinic will also provide physician oversight as well as procure and deliver lungs to the center for restoration in coordination with organ procurement organizations.

The deal also calls for the two parties to work together on regenerative medicine research — a major focus of Mayo’s Destination Medical Center plans in Rochester. That may end up being a boon to Minnesota and the city of Rochester since another part of the collaboration states that United Therapeutics  “may (in the future) establish similar facilities at Mayo Clinic’s campuses in Arizona and Minnesota.”