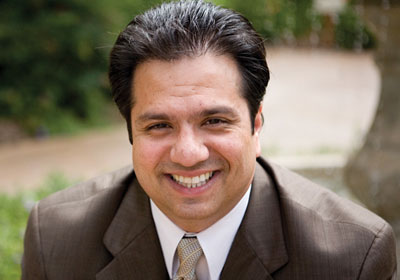 Not that he minds. He’s the CEO of Conservis, a 5-year-old Minneapolis tech company that offers a cloud-based program that helps farmers measure their costs and yields. It currently sells two products: Inputs, in which customers are charged by the acre, and Harvest, which allows farmers to track yield, inventory and deliveries directly from the field. It’s a nifty real-time advancement for farmers, and investors are responding—Conservis has completed two rounds of Series A financing, amassing $5.5 million to date, and is now hoping to raise up to $15 million, a process that Christie estimates could take six to nine months. Things are rolling—although that’s taken a while.

“You need to convince people that you can do it. That’s the hardest part. You have to build that trust,” he says.

Before coming to Conservis, Christie was president and CEO of StoneArch Software and an executive vice president at WAM!NET. He’s done well fund-raising but he’s also heard “no” many times.

“I like to convert a no to action. So when someone says no, say, ‘Is there anything that you can see from what I’m showing you that could be improved, that I could work on?’ A no doesn’t need to be the end of a conversation,” he says.

Fortunately for Conservis, which now has 25 employees, Christie has heard “yes” plenty of times, primarily from a local investor base. One sizable investment, from a Minnesotan whose name was not revealed, came in after an unusual pitch that seemed to hit on every element except business.

“This investor is a very wealthy man. We talked about all the things you shouldn’t talk about: religion, politics. He was really seeking to find out the core of who I was. We talked about travel. We had just an enjoyable conversation, just really pleasant. And then I have to do the thing at the end where I have to say, ‘By the way, would you be interested in investing?’ He took my paperwork and he said, ‘You know, I like you, let me think about it.’ Later I called him up and asked if he had a chance to think about it and he said, ‘Yeah, yeah, yeah, I told you I’d think about it.’ I took that as probably a no. Two days later, he calls me up and says, ‘You want to have lunch?’ This was at 2 o’clock. I had already eaten lunch. But I went down there and had a hot dog and he wrote a big check. I didn’t even have to ask him. He asked me how much I wanted, which is another thing I wasn’t prepared for. So I told him, ‘This is what I’d like,’ and he said that’s what he was thinking. That was a half-million-dollar check.”

It helps that Conservis has an early-stage product that early adopters are enjoying using. Mike Sproule operates a sugar beet, corn and spring wheat farm in Grand Forks and has been a customer for three years.

“It lets me know where my money is in the fields right now,” he says. “It’s got your hard costs on what you put into that specific field, so instead of going back and looking at notes or whatever, I can look it up right away. It works good.”

Neither Christie nor Sproule wished to divulge what the product retails for, although Christie did say the margin per unit is favorable, and Sproule noted that the system is comparable in the category (Farmlog charges 5 cents per acre per month).

That’s potentially a lot of yield for Conservis, which has clients in Australia and Canada as well as the U.S., and sees worldwide growth potential. One thing is for sure: Christie won’t tire of making his pitch.

“Sure, if you’re not good with rejection it can be hard,” he says. “But if you do something you believe in, you won’t fatigue.”