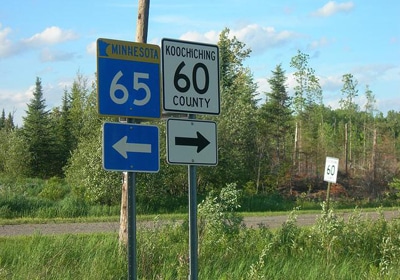 Minnesota Republicans have credited their election night success to speaking to people who felt left behind.
December 09, 2016

This month, Republicans in Minnesota did better at the ballot box than many had dared even dream. They increased the size of their majority in the Minnesota House, and — in a surprise to many — gained control of the state Senate.

Republican presidential nominee Donald Trump also did better than many thought he would. The president-elect exceeded the expectations of polls, pundits and statisticians to easily win enough electoral votes to become the future 45th president of the United States. Trump came within 1.5 points of Democratic nominee Hillary Clinton in Minnesota, a state that hasn’t gone for a Republican for president since Richard Nixon in 1972.

In post-election analysis, Trump’s success — and the nationwide success of Republicans in down-ballot races — has been partly attributed to an ability to tap into a rural, working class disaffection with the status quo.

“This is about the forgotten man and the forgotten woman that are being expected to carry the weight for everyone else. They’re asking for someone to hear them. They want everybody to succeed, but not at the expense of their success,” U.S. Rep. Tom Emmer, a Trump supporter, told MinnPost on election night.

For some Minnesotans, that news might come as a surprise. Taken as a whole, Minnesota’s economy looks pretty good: unemployment is among the lowest in the U.S., at 4 percent, according to the Bureau of Labor Statistics, Minnesota is in the top 10 among states for median household income (above $61,000)  and the number of jobs has risen above pre-recession levels, according to the Minnesota Department of Employment and Economic Development.

That all sounds good. So why are some Minnesotans feeling, as Emmer said, forgotten?

Economic strength not evenly distributed
About 60 percent of Minnesota’s population lives in the Twin Cities metro area, where, by most measures, things are going pretty well. Unemployment is low, at 3.3 percent. Average weekly wages are among the highest in the state, are about $1,120, according to the most recently available data (of course, the cost of living is higher, too), and poverty, at 10.7 percent, is below the state average of 11.5 percent.

Those averages obscure racial disparities and poverty in the Twin Cities. But with things going so well — on average — where the bulk of the state’s population is located, there’s another thing you don’t necessarily see when you look at state averages: how people are doing in the rest of Minnesota. And in parts of Minnesota, some people are doing markedly worse.

Economists consider some level of unemployment — between about 4.5 percent and 6 percent — a natural consequence of people changing jobs and other normal economic factors (the unemployment rate doesn't include residents who have stopped looking for work, or who are underemployed). But in a handful of Minnesota counties, including Koochiching, Itasca and Clearwater in the north, and Cottonwood in the south, unemployment in September was above 6 percent.

Koochiching County, which borders Canada in the central part of the state, had among the highest unemployment rates of any county in the state, at 6.9 percent in September, according to the Bureau of Labor Statistics — just a bit lower than the county’s unemployment rate in 2009-11, during the Great Recession.

Koochiching isn’t the only county in the Iron Range with higher unemployment than the state, on average: in a September snapshot, Itasca, St. Louis, Carlton, Aitkin and Cass also shared that distinction, though to a lesser degree.

The Range economy has been punctuated by ups and downs for decades. In the 1980s, offshore steel, expensive labor contracts and an energy crisis thrust employers and workers into uncertainty. The 1990s and 2000s continued to bring economic swings, with mining companies closing and reopening as a result of these forces and changing technology. In 2007, the Great Recession hit, causing jumps in unemployment.

In Range counties, the unemployment rate spiked to higher levels than it did in the state on average, according to Bureau of Labor Statistics data. Then, it tended to take longer for unemployment to come back down to pre-recession levels than did the state as a whole.

Some of the changes that have caused instability in the industry for decades  — globalization and technological change — don’t appear to be going away anytime soon, causing fear of a more unstable future.

While things appear to be looking up in some ways now — some of the mining jobs have come back in recent months, Haynes said, “There are layoffs and then when the jobs come back they don't come back to the same level so each time it happens it’s kind of a winnowing away of the industry little by little.”

She added that there's a sense that mining layoffs that numbered more than 1,000 last year, may have contributed to the economic frustration in the context of the election. Those jobs, often unionized, can pay $90,000 or so a year.

While there high poverty areas across the state, some of the largest clusters of people living below the poverty level are also in northern Minnesota, according to 2014 Census data. In tiny Mahnomen County, home to part of the White Earth Reservation, more than 25 percent of residents are living in poverty. In Beltrami County, which includes Bemidji and parts of the Red Lake Reservation, that number is above 20 percent.

Whether by coincidence or not, northern Minnesota — long a Democratic-Farmer Labor stronghold — is a part of the state where Trump did well, even managing to flip some counties, such as Beltrami, Itasca, Mahnomen and Koochiching (in the latter, he won by 20 percentage points, where Obama won by 10 in 2012). Trump even won more votes than Hillary Clinton in the Iron Range town of Hibbing, which hasn’t voted for a Republican since Herbert Hoover.

Lower wages in southwestern Minnesota
Unemployment and poverty aren’t the only measures of economic health.

While there tends to be higher unemployment in northern Minnesota, the wages are generally better there for those who do have jobs, at least among Iron Range counties, wrote Steve Hine, director of the Labor Market Information Office at DEED, in an email.

The opposite happens in southwestern Minnesota, where unemployment is generally lower, along with wages.

“While many counties in the (southwest) part of the state might have low unemployment, they also have jobs that don’t pay (as) well,” Hine wrote. “Much of this is industry driven.”

That’s not the lowest in the state, but it was coupled with the highest unemployment in Minnesota in September, at 7.5 percent according to the BLS — an increase from 5.4 percent at the same time last year.

More than a quarter of Cottonwood County’s workers are employed in manufacturing, while retail trade and wholesale trade make up the next biggest job sectors.

Between the second quarter of 2015 and 2016, the county lost more than 300 jobs across sectors, according to data from DEED. Gains in some areas didn’t offset the loss of more than 460 jobs in manufacturing between those periods.

In February, Glen Taylor announced he would buy the plant, which is slated to open by January, according to Kare 11.

Unlike the Range, Cottonwood County has tended to go for Republicans in presidential elections. In 2012, Mitt Romney carried the county with 57 percent of the vote, while Trump got 65 percent in this year’s election.

All in all, Trump managed to flip 19 counties that Obama won in 2012. In general, he did better than Mitt Romney in rural Minnesota, and worse than Mitt Romney in the Twin Cities and its suburbs. Is his success entirely attributable to the economy? Probably not. Might it have been a factor in parts of greater Minnesota? Perhaps.