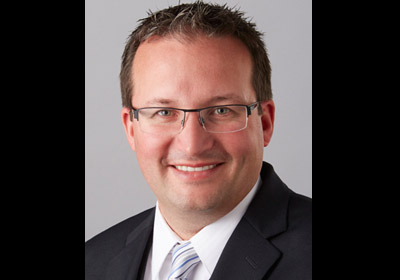 A new rule requires publicly traded manufacturers to disclose whether their products include minerals whose sale funded armed conflict in the Congo—and the rule will have a ripple effect on smaller companies as well.
March 28, 2014

Does your company manufacture products that contain so-called “conflict minerals”?

Several years ago, some lawmakers aimed to create a wave of negative publicity for minerals whose sale benefits atrocities occurring in the Democratic Republic of Congo. Ultimately, an amendment requiring public companies to disclose the use of such minerals was tacked on to the Dodd-Frank Act, the sweeping regulation that focused largely on more stringent regulations for financial institutions.

The U.S. Securities and Exchange Commission (SEC) subsequently adopted the “conflict minerals” rule, saying that publicly traded companies must disclose in regulatory filings the use of certain minerals—including tantalum, tin, gold, or tungsten—from the Congo or an adjoining country, if such materials are “necessary to the functionality or production of a product” manufactured by those companies.

While only publicly traded firms are required to make the new disclosure, the rule will have a sweeping impact on businesses of many sizes, both public and private, says Chris Jeffrey, a partner at the Minneapolis office of Baker Tilly who leads the Midwest risk advisory services team and consults with clients on the new regulation. That’s because public companies must look back through their supply chains to determine whether even a small amount of conflict minerals is used.

“The public company has to provide the disclosure—but there is certainly a ripple effect to the companies that supply them, because basically, you need to trace the conflict mineral back to the ‘smelter’ or mine,” Jeffrey explains. “If I’m a small private company in the Twin Cities and I supply a component part to, say, 3M—3M is going to be looking at me to determine whether I know where the components I used to manufacture the component part were produced. It effectively forces me to be compliant as well.”

Jeffrey pointed out, however, that the law is focused on manufacturers and suppliers, rather than retailers. He provided the analogy that it wouldn't be applicable for a car dealer, but it would be for General Motors.

Public companies must include the new disclosure on an SEC document called a Form SD, and May 31 is the first filing deadline.

The first disclosure effectively looks at a company’s 2013 operations. Public companies are expected to review their supply chains to determine how to respond, and they have three options to report: “DRC Conflict Free,” “DRC Non-Conflict Free,” or “DRC Conflict Undeterminable”—an option that will be available only temporarily. (The “DRC” refers to the Democratic Republic of Congo.)

Public firms are expected to investigate whether their products are made with minerals from the DRC or surrounding areas; if their products aren’t, they can report “conflict free.” If they are, the company is expected to conduct an inquiry to reasonably determine whether the minerals from the DRC are made from scrap or recycled sources. If so, they are still considered “conflict free,” Jeffrey said.

Conversely, if the inquiry discovers that the minerals are from the DRC and aren’t from scrap or recycled sources, then the company must perform additional “due diligence” to examine whether said minerals helped fund armed conflict, according to Jeffrey. That due diligence exercise must conform to a recognized “framework,” such the guidelines from the Organization for Economic Co-operation and Development. If it turns out the minerals used did fund armed conflict, a business must report as “non conflict-free.”

Due to the complexity of such investigations, however, Jeffrey expects the vast majority of reporting companies to identify as “DRC Conflict Undeterminable,” an option that will be available temporarily as the new regulations are implemented.

“The reality is that most companies, as a part of this process, are going to have a very hard time getting to the point [where they can confidently identify as] DRC Conflict Free or DRC Non-Conflict Free—because there’s just not enough information out there,” Jeffrey explains. Companies must still take the proper steps to examine their supply chains, but they can report as “undeterminable” if the their inquiries are inconclusive.

“What the legislation is doing is effectively giving companies between two and four years to get good at this,” Jeffrey said.

The Cost of Compliance

While the cost of complying with the new conflict minerals legislation will vary for businesses, it’s expected to be significant for many.

In particular, businesses with a large number of suppliers may feel the greatest impact.

“It’s not a small undertaking,” Jeffrey said. “Depending on the size of the company and the number of suppliers, foreseeably, this could take a company anywhere from 100 hours to 1,000 hours to comply.”

While most public companies are in the midst of or have already completed the steps required for disclosure, those that haven’t “need to start reaching out to your suppliers ASAP,” Jeffrey advised.

How Businesses Are Responding

Manufacturing and business groups have fought the new SEC rules, bringing their case before a federal appeals court. But their lawsuit is still pending, and the May 31 filing deadline is approaching.

While businesses are taking steps to comply with the new disclosure rules, many are holding off on making tangible changes to their operations at this time, given that the window in which they can report as “DRC Conflict Undeterminable” provides a bit of breathing room, Jeffrey said.

But in the next couple of years, he expects many “smelters”—those that extract minerals from their ores—to become certified as “conflict-free.” Suppliers will then likely gravitate toward those sources, “because it makes their lives easier,” Jeffrey said. Likewise, many public companies will likely be drawn to suppliers who are using those sources.

The new regulation does not prohibit the use of conflict minerals—it requires disclosure of whether such minerals are used. So some companies may elect to continue using conflict minerals and simply report as “non conflict-free.” But Jeffrey predicts that many businesses, especially those that manufacture consumer goods, will begin making changes to ensure they have the “conflict free” label, especially after they are no longer allowed to report as “undeterminable.”

California-based tech giant Intel is one example of a large company looking to get ahead of the curve. It recently touted its strides to eliminate conflict materials from its goods and said it offers “the world’s first conflict-free microprocessors.”