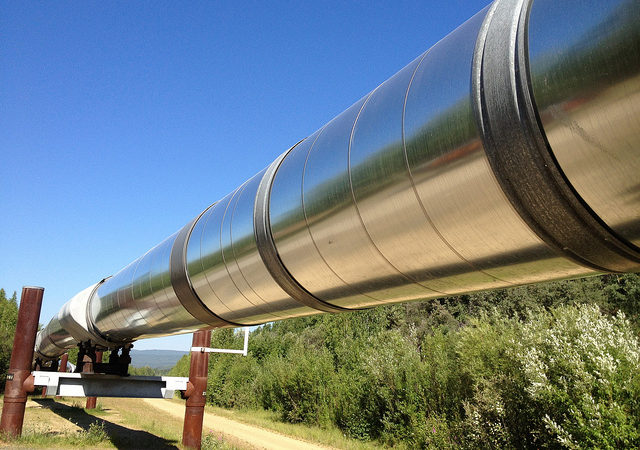 The Commerce Department concluded that no new pipeline capacity is needed to ensure “future adequacy, reliability and efficiency of energy supply.”
By Ron Meador
September 14, 2017

If the public relations industry gave achievement awards for wishful obfuscation, consideration would be due the Enbridge spinmeister who dismissed Monday’s Minnesota Department of Commerce analysis as “only one view” on permitting for the company’s Line 3 pipeline project.

Yeah, and the plain sight of a tornado-borne Kansas farmhouse flattening the Wicked Witch of the West could be considered “only one view” that, ding-dong, she be dead.

Commerce’s recommendation against a certificate of need for the new pipeline — and its recommendation that the old and troubled Line 3 be mothballed — is based on its conclusion that no new pipeline capacity is needed to ensure “future adequacy, reliability and efficiency of energy supply.” Key findings as laid out in a department summary:

Obviously this a very serious setback for Enbridge, adding the weight of economics to the already heavy environmental/tribal opposition over the project’s risk of oil spills in sensitive and sacred areas.

Months of public hearings and administrative reviews lie between Monday's bombshell and a final decision by the Minnesota Public Utilities Commission, so it may be springtime before we know whether Line 3 is not merely dead but really most sincerely dead.

But by law, the project cannot go forward unless the PUC certifies that Minnesota needs the project, and the state office empowered to analyze that question has now answered with a broad, detailed and resounding No.
To reject this finding in a form that withstands court review, the PUC would essentially have to reach its own contradictory analysis of the project’s costs and benefits. Having followed this kind of process for a couple of decades, and considering that Enbridge has already made its best case for the project, I think the odds of that happening have to be pretty slim.

But, of course, that’s only one view.

Details of the analysis
To understand the thrust of Commerce’s analysis, and in fairness to Enbridge, let’s begin with the company’s case for a new Line 3 — replacing a crude oil pipeline that runs from Alberta to Superior, Wisconsin, and was built in the 1960s.

Enbridge says a combination of repair needs and safety concerns have persuaded it that the corroding line needs to be replaced. And also to hold its average daily volume to 390,000 barrels per day, against a design capacity of 760,000 bpd.

But the replacement would have a higher capacity (844,000 bpd) and would follow a significantly different route between Clearbrook, Minnesota, and Superior. For those reasons, the project must gain approval from Minnesota regulators — including the previously mentioned certificate of need, a step that wasn’t required when the first Line 3 was laid.

Many other things have changed since then, including the size of the North American pipeline network. Line 3 is now one of six Enbridge pipelines crossing Minnesota, and more-or-less automatic approvals for new lines are a thing of the past.

A year ago, after a three-year public relations campaign and permitting struggle, the company abandoned plans for its Sandpiper line that would have run from the North Dakota oil fields to Superior, in part because of slacking demand for the oil.

(It was no doubt with the Sandpiper defeat and Line 3's prospects in mind that last year's Republican legislative majorities tried but failed to remove the certificate of need requirement, in order to move key  pipeline decisions out of the realm of expert technical review and leave them in the arena of bare-knuckle politics where they belong.)

Enbridge also ran into a court fight over its Line 67, which runs from Alberta to Superior and enters the U.S. a bit west of the Minnesota state line, in the same right-of-way as Line 3. Laying a new pipeline or significantly enlarging an old one that crosses the international border requires a U.S. presidential permit issued through the State Department.

Seeking to expand shipments through Line 67 from 450,000 bpd to 880,000 bpd, the company applied for a new permit. Then, tired of waiting for approval, it simply rebuilt a short transborder segment of Line 3 — with interconnections in Manitoba and North Dakota — to accomplish the same boost in volume by temporarily shifting oil from Line 67 to Line 3 and back again.

As I wrote at the time, Enbridge had come up with a way — which subsequently survived a court challenge, and won signoffs from the Minnesota PUC — to move a Keystone XL-sized volume of crude oil without federal approval, through an equipment switcheroo that didn’t require advance approval from any agency at the federal, state or local levels.

Quite an achievement, that. And if it ends up undercutting its campaign for a new Line 3, by making it essentially unnecessary, I suppose a fairness-minded person could see something like justice in the outcome.

But that would be only one view.

Safety concerns, too
Beyond answering the yes/no question on a new Line 3 in the negative, the Commerce analysis suggests that even if the project were justified by economic factors, it should not be allowed without considerable modifications to various safety features.

Among other items, it says Enbridge should be required to build two new maintenance shops in the new alignment east of Clearbrook; to use thicker pipe than proposed throughout the entire Minnesota section; to show greater reliability 0f security monitoring and backup power supplies; to build and maintain new roads or other access for emergency crews to all shutoff valves in the Minnesota portion; and to provide guarantees of how Enbridge and/or its insurers will be able to pay for any damage caused by leaks and other accidents along the line when they occur.

Finally, it rejects outright the Enbridge proposal to leave the old Line 3 in place after shutdown.

Instead, it says, the company should be required “to remove all exposed segments of existing Line 3 in Minnesota without unnecessary harm to the natural environment,” while making annual reports to the PUC about its progress and assuring that the commission has authority to enforcement the company’s removal commitments.

The full Commerce Department analysis, in the form of testimony to the PUC, can be found here with supplemental findings here and here.