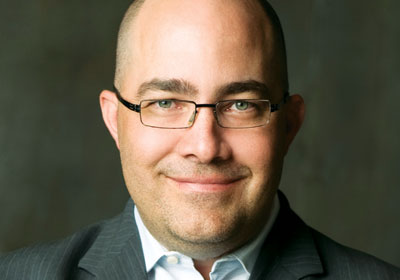 There’s plenty of talk these days about “the cloud”—those offsite, online data centers where more and more businesses are storing data and running software-as-a-service applications. But for some firms, the cloud can seem frightening, like the mushroom cloud in a 1960s civil defense film.

Turning cloud computing into a solid, money-saving investment for its 4,000-plus customers has meant an explosion of business for Minneapolis-based Atomic Data. In May, Atomic Data was ranked 26 on Fortune’s 100 fastest-growing inner-city businesses; revenues were $5.5 million in 2010, and it anticipates nearly $14 million this year.

Since its founding in 2001, Atomic Data has focused on providing managed services to clients. What this means, CEO Jim Wolford says, is that for some clients, Atomic more or less functions as a company’s IT department. In other cases, Atomic handles basic, general functions like server maintenance and desktop support. This frees a company’s techies to focus on IT specific to a business, such as application development and database management.

Atomic operates eight worldwide hosting “cloud” facilities that it has designed and built out inside large telecom data centers. It has an office in Los Angeles and recently opened a location in New Jersey to handle its growing number of customers in New York and Washington, D.C. Its D.C.–based clients include officeholders and Emily’s List, a fundraising organization for female political candidates.

Wolford thinks that one of the chief reasons Atomic has been booming, both in Minnesota and on the East Coast, is its 24/7 network operating center, which continuously monitors the safety of its clients’ data.

The concept of high-touch service in a high-tech field resonates with many customers. “Technically they’re fantastic, but maybe even more important is the level of service,” Jim Schneider, chief technology officer for Wisconsin-based Health Innovation Technologies.Says Kathy Wetzel, vice president for information technology at Bloomington-based hair care company Great Clips Inc., “I know they’re growing fast, but from my perspective, it still seems like a small company. I can call Jim anytime.” The cloud never sleeps.