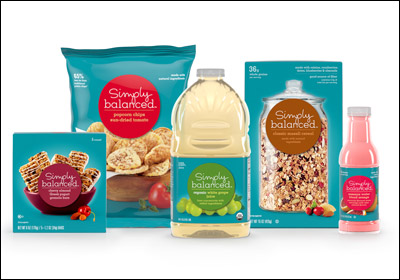 A report ahead of Tuesday’s investor meeting suggests a push to attract younger shoppers.
March 13, 2015

Hours before Target Corp. CEO Brian Cornell was to detail plans for refreshing the Minneapolis-based retailer’s image—and fortunes—a report early Tuesday previewed what changes will likely be in store for the company’s grocery aisles.

The Wall Street Journal reported that Target wants to make its grocery section feel less like Walmart’s in a bid to attract younger shoppers. This means targeting food categories it believes holds more cachet with millennials: Greek yogurt, craft beer, coffee, and organic, natural and gluten-free foods. The newspaper cited two people familiar with the plans as saying Target is zeroing in on seven grocery categories to appeal to urban dwellers, younger families and Hispanics.

The company is already on record in planning to open more smaller-format stores this year in urban environments, with fewer traditional big-box stores in the works.

Grocery is about a fifth of Target’s $73 billion in annual sales. But the Wall Street Journal reported that a survey of Target shoppers by a consultancy firm found that just 18 percent of customers felt that the food sold there reflected what they like to cook or eat. The newspaper said Cornell has been touring rival stores like Trader Joe’s to get an idea of how Target can boost its grocery business. A recent Economist story recapping the company’s Feb. 25 year-end earnings report quoted an analyst as saying Target should be more like Trader Joe’s on the grocery side.

Target will webcast its meeting with investors from 1:30 p.m. to 4 p.m. here. More details on Target’s smaller-format stores, its digital sales strategy and other plans that will require more investment are expected. A corresponding round of cost cuts will be required, which has fueled expectations of additional job cuts. Earlier this year, the company laid off 550 Twin Cities-area employees who worked on its now-shuttered Canadian operation.

Target is also part of a discussion about workers’ wages after Walmart announced last month that it will start paying its lowest-paid employees $9 an hour by April and $10 an hour by February 2016. The parent company of TJ Maxx and Marshalls announced a similar plan. But Cornell told investors last week that he wouldn’t be promising the same.