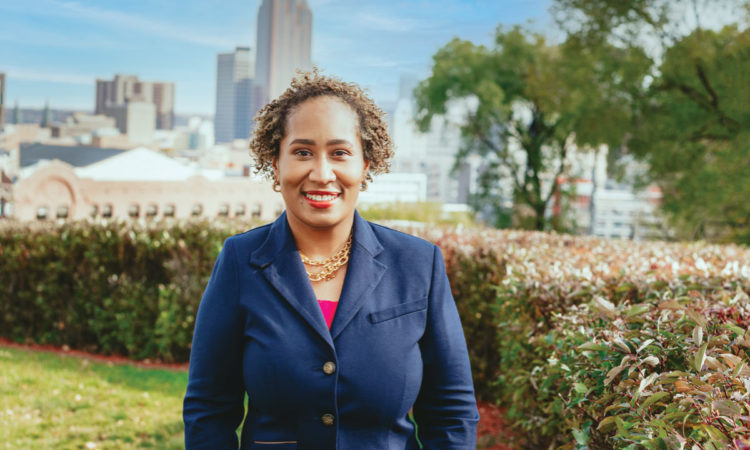 Tawanna Black, founder and CEO of the Center for Economic Inclusion Photo by Brandon Werth

In the wake of George Floyd’s murder in 2020, businesses, nonprofits, and government entities alike promised to right historical wrongs by directing millions of dollars to Black-owned companies. Minneapolis-based Target Corp., for instance, has pledged to spend $2 billion with Black-owned suppliers over the next few years.

Now, a St. Paul-based nonprofit is stepping in to help connect diverse businesses with those big opportunities. Last week, the Center for Economic Inclusion announced a new accelerator program specifically catered to businesses owned by Black, Indigenous, and Latina entrepreneurs.

Known as the Vanguard Accelerator, the program is primarily designed to help out business-to-business, or B2B, firms, said Tawanna Black, the center’s founder and CEO. They’re the type of companies that could serve as suppliers for bigger businesses like Target.

Despite all the pledges to work with diverse entrepreneurs, there’s still been something of a disconnect between big businesses and smaller ones, especially those owned by entrepreneurs of color, Black said. Even Target, for instance, has been “struggling to identify” diverse suppliers, she said.

“With our supplier diversity clients and partners, we found, over and over, that there’s something else needed in the marketplace,” Black said in a Wednesday interview. Her aim, then, is to help establish “a vast ecosystem of scalable Black- and brown-owned businesses.”

Like many accelerator programs, Vanguard includes funding opportunities for participants. The program will provide capital in the form of no-strings-attached grants, alongside forgivable loans. The center plans to provide $5,000 grants each to three participating businesses, Black said.

The Center for Economic Inclusion is partnering with San Diego-based nonprofit Founders First CDC on the accelerator. It’s the first time the two groups have partnered, Black noted. She said she first learned about Founders First’s work through an angel capital investment program last year.

“Black- and Latina-owned businesses are at the forefront of growing regional economies across the country,” Black said. “We want to ensure they have the capital, the connections, and the contracts that are necessary to build their capacity in our marketplace.”

To launch Vanguard, the center is tapping into a $5 million grant secured from JPMorgan Chase earlier this year.

The first round of the program is limited to Black and Indigenous people and Latino women. But Black said there are plans to launch future iterations of the program focused on different population segments in the future.

Applications are due Dec. 12.

Last year, TCB selected Black as the magazine’s Person of the Year.