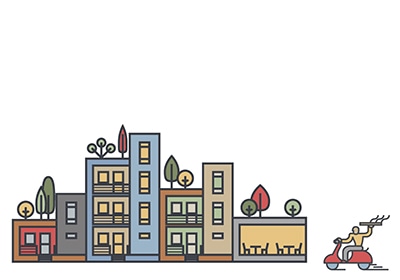 After years of high demand for office, retail and industrial spaces, brokers see the growth rate slowing in 2017.
January 13, 2017

The past few years have been good ones for commercial real estate in the Twin Cities. Office tenants absorbed nearly 1 million square feet of space in 2015, the best showing for the market since the Great Recession. The retail market has rebounded, with an uptick in consumer spending as new grocery stores keep opening left and right across the metro. The continuing growth of e-commerce has been a key factor driving the robust industrial property sector as demand for large bulk-distribution centers remains strong.

Looking to the year ahead, many brokers forecast that markets will continue at roughly the same pace as in 2016. But some signs indicate that the pace of deals is starting to taper. Some brokers in all sectors are seeing signals of caution that could temper the pace of leasing as companies try to gauge where the economy, businesses and interest rates are headed.

As he surveys the current landscape, one office broker thinks the office market may have hit a plateau in demand for space.

“We’ve seen kind of across-the-board slowdown in activity in the second half of 2016,” says Steve Shepherd, a vice president with the Twin Cities office of Colliers International. “I think we’re seeing signs on the street that it’s slowing down even on [Interstate] 394, which was one of our hottest markets.”

Shepherd says that he’s hearing similar reports from his Colliers colleagues nationally. He notes that he’s seen both job growth and business confidence start to soften.

In a similar vein, a survey of the national office market from New York-based research firm Reis Inc. reported nominal but underwhelming improvement for the U.S. office market in the third quarter of 2016. The report noted, “There were some recorded gains, but they weren’t spectacular.”

Many companies simply don’t need as much space as before. A consistent trend in the office market has emerged that favors using space more efficiently.

Fitzgerald cites a client firm that is going from 85,000 square feet to 60,000 square feet, but will still have the same number of employees. “These companies are not downsizing,” says Fitzgerald. “They are still hiring.”

Another broker notes that the trend is not confined to a specific business sector.

After a strong year in 2015, the local market is likely to post negative absorption for 2016. Wells Fargo moved into two new buildings it now owns in downtown Minneapolis, leaving large blocs of vacant space in the multitenant market in its wake.

The migration of suburban tenants to downtown and the strong demand for space in the North Loop area are driving developers to look for opportunities to build new office buildings. Bloomington-based United Properties is among the firms eyeing the North Loop in downtown Minneapolis for additional office development.

“There is ongoing demand for North Loop office space,” says Bill Katter, president and chief investment officer for United Properties. The company has a plan for a new 175,000-square-foot office building on Washington Avenue North.

Katter notes that the firm’s two existing North Loop office properties—Ford Center and the Loose-Wiles Building—are both 100 percent leased. Project plans also include about 50 “micro-unit” apartments. Katter says that they are hoping to break ground next summer, but will need notable pre-leasing before they would start to build.

There is also development in the Downtown East area near the new U.S. Bank Stadium. Minneapolis-based Ryan Cos. US Inc. is under construction on the Millwright office building there. Ryan will move its own headquarters to the building and will occupy about 65,000 of the property’s 174,000 square feet.

“We think that there’s a meaningful pull of gravity over there,” says Tony Barranco, vice president of development for Ryan Cos. He says that the Millwright project is drawing interest from other tenants. The project will be skyway connected, which is not an option for North Loop properties.

Ryan has a more ambitious project on the drawing board: a 17-story office tower with 438,000 square feet of space on what’s known as Block One next to the new Wells Fargo towers, which Ryan also developed. But Barranco says that would need to secure preleasing in the range of 150,000 to 200,000 square feet to get started. “We need an anchor,” he says.

Downtown Minneapolis is not the only area where developers are considering new office buildings. Ryan and St. Louis Park-based partner the Excelsior Group hope to develop two buildings in the West End area at the intersection of Interstate 394 and Highway 100. “The West End from a submarket perspective is drum-tight,” says Barranco. “We think it’s one of those outstanding urban nodes.”

While moving to new space can be invigorating for some companies, one veteran tenant representative says it can also be a costly hassle. Sometimes staying put is a company’s best call.

“There’s been a strong focus on trying to renew [leases],” says Steve Chirhart, a principal with Minneapolis-based TaTonka Real Estate Advisors. “The cost to do a move and a buildout is so high.”

New grocery stores dominate the current retail property market. Iowa-based Hy-Vee is aggressively expanding in the Twin Cities, as are other concepts such as the Illinois-based Fresh Thyme Farmers Market.

Grocers have been key anchors for new retail development.

Grocery stores have been “half or more than half of all new retail real estate being constructed,” says Mike Sturdivant, senior leasing representative and development associate for St. Paul-based Paster Properties.

But looking ahead, Sturdivant says that he’s seeing developers, tenants and lenders all growing more cautious as they consider the stage of the real estate cycle. Rising interest rates are a factor, as everyone tries to get a read on the economic outlook for 2017.

National chains Sports Authority and Hancock Fabrics both filed for bankruptcy in 2016, leaving empty stores across the country. But many of those vacancies are being filled, in several cases by “value” or discount retailers, says Stefanie Meyer, principal and senior vice president with Mid-America Real Estate – Minnesota.

Meyer notes that one challenge for retailers doesn’t have much to do with real estate. “One thing that we are hearing from our clients is they’re having issues with hiring and staffing both on the restaurant side and retail,” says Meyer. “That’s one of the biggest concerns.”

One project on the horizon is Avienda, an expansive mixed-use plan on a site that totals nearly 120 acres in Chanhassen. The plan includes up to 300 market-rate apartments, 100 senior housing units, a 250-room hotel and approximately 40,000 square feet of office space. But the largest chunk of space will be dedicated to 435,000 square feet of retail space. The project still needs to secure city approvals. The timeline is not yet clear, but nothing would open at the site before 2018.

Despite all the hype about the rise of online retailing, statistics from the U.S. Census Bureau for the second quarter of 2016 found that e-commerce sales accounted for only 8.1 percent of all retail sales in the United States.

Even the dominant online retailer Amazon.com is looking to add bricks-and-mortar stores. Amazon has opened bookstores in select cities and is also rolling out food-focused convenience stores. There is consistent speculation that the company has much bigger plans for a network of physical stores.

In other evidence of the trend, Johannson points to the case of Sierra Trading Post, which just opened its first Minnesota location at the new Central Park Commons in Eagan. Johannson was a development partner with Minneapolis-based CSM Corp. on the new retail center, where stores began opening in the fall.

The outdoor apparel retailer began as a mail-order catalog operation in 1986 and morphed into focusing on online sales. Today Sierra Trading Post is owned by the Massachusetts-based TJX Cos. Inc., which also operates T.J. Maxx, Marshalls and HomeGoods, and is now expanding with bricks-and-mortar locations.

“They decided to take an online format to bricks and mortar,” says Johannson. “I think it’s a defining moment.”

In the big picture, Johannson sees the overall retail market as healthy and balanced: “I think we’re at a nice equilibrium.”

This Hy-Vee, located in Oakdale, is among the grocery stores that are dominating the current retail property market.

United Properties has plans for a North Loop office building in Minneapolis.

Industrial properties have arguably been the best-performing property category in recent years. But while the market remains strong, broker Brent Masica, executive director with Cushman & Wakefield/NorthMarq, says that the industrial peak might have been in late 2014.

“There’s still strong activity, the velocity is just not where it was 18 months ago,” says Masica. “I think it will still be strong through 2017. We’re not at record paces, but every year can’t be a record.”

That’s partly because many of the larger tenants looking for space in the metro have landed in new buildings, often build-to-suit projects. The biggest example has been Amazon, which now occupies a new, 820,000-square-foot fulfillment center in Shakopee.

E-commerce is driving many of the industrial projects because companies need distribution facilities, says Chris Garcia, principal with the local office of Lee & Associates.

“The overall economy is good. We’re just seeing more and more and larger industrial users in the market,” says Garcia.

While a customer can buy something online with a few clicks on a computer, the products don’t just appear magically. “That’s all coming from a warehouse,” Garcia says.

“I would suspect we’re going to slow down a little,” says Ryden. “We had a lot of spec development last year that has not been leased yet, particularly bulk distribution in the northwest market.”

But it’s not going to ease too much, says Ryden.

“There are several large requirements [for space] in the market,” says Ryden. “I don’t really see any clear indicators that it’s going to slow down a lot next year.”