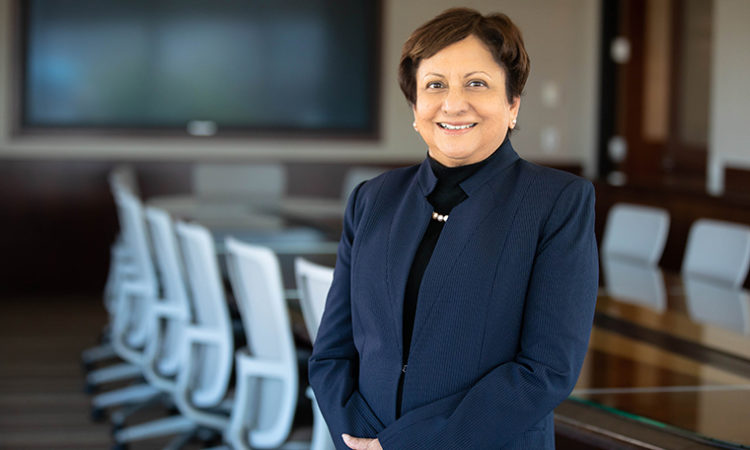 The U of M’s Sri Zaheer has been named board chair of the Federal Reserve Bank of Minneapolis.

As the Fed’s chair, Zaheer takes over for Ken Powell, who led the board for the 2018-2019 term. Powell previously served as CEO of General Mills.

The chair of the Minneapolis Fed leads all meetings and represents the bank at the “Conference of Chairs” in Washington, D.C., which brings together the chairs of all 12 Reserve Banks.

In December, TCB recognized Zaheer as a “Person to Know in 2020.”

Meanwhile, deputy chair Harry Melander was chosen to stay in his position for the 2020 term. In addition, Securian Financial Inc. president, chairman, and CEO Chris Hilger was appointed to the Fed’s board for a three-year term.