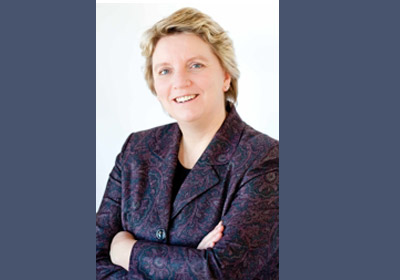 CaringBridge CEO to Step Down, Run for U.S. Congress

Sona Mehring, founder and CEO of CaringBridge, is stepping down from her role at the organization in order to run for political office.

Mehring founded Eagan-based CaringBridge, which offers websites where people dealing with major health issues can communicate with friends and family, in 1997. Today, the organization employs about 65 Minnesotans and connects more than half a million people from around the world each day.

In an open letter, Mehring recently announced plans to step down from her role as CEO and said that the organization’s board is conducting a national search for its next leader. Mehring will assist with the CEO transition, which is expected to occur by the end of this year, according to a CaringBridge spokesperson.

On Tuesday, Mehring announced plans to run for U.S. Congress in Minnesota's Second Congressional District, which spans the southern Twin Cities metro area and contains most of Scott and Dakota Counties, as well as parts of Goodhue and Wabasha counties, among others.

The district is currently represented by Republican Congressman John Kline.

Mehring plans to run as a Democrat in 2014, although the Associated Press (AP) reported that she’s not the only candidate from her party expressing interest: Kline’s 2012 challenger, Mike Obermueller, a former state representative, has also been gearing up for another campaign.

Kline has said he won’t announce his political intentions until summer, according to the AP. He has won the district six times, but redistricting made it a more competitive area, and he hasn’t ruled out running for a statewide office, the AP reported.

“When a friend was in a time of crisis, I stepped up with an innovative idea to help her solve a problem,” Mehring said in the press release announcing her candidacy. “That idea became CaringBridge and has helped millions of families get through challenging times.”

“Well, there is a crisis in Washington and I am ready to step up again with innovative solutions,” she continued, going on to accuse Kline of being “out of touch with the people he was elected to represent.”