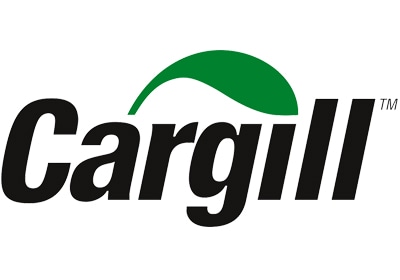 Cargill won’t be completely out of the pork game following the sale to JBS.
July 12, 2015

The largest meatpacker in the world, JBS S.A., revealed plans to purchase Cargill’s pork business for $1.45 billion on Wednesday.

If the agreement passes standard regulatory hurdles, JBS USA Pork, a subsidiary of Brazilian JBS, will take ownership of two meat-processing plants—in Ottumwa, Iowa and Beardstown, Illinois—that processed 9.3 million hogs last year for Cargill. Additionally, JBS will acquire five feed mills (two in Missouri and one each in Arkansas, Iowa and Texas) and four hog farms (two in Arkansas and one each in Oklahoma and Texas).

Cargill spokesman Mike Martin said the Minnetonka-based company was not actively looking to sell the business. “JBS approached us with an offer we had to consider,” he said, adding this was a move by JBS to better vertically integrate itself into the U.S. pork industry. Specifics of the acquisition were only recently formulated after JBS approached Cargill with a deal in June.

JBS introduced itself to the U.S. pork market in 2007 with the purchase of Swift & Company, a Colorado meatpacker. The company currently employs 6,000 workers and processes more than 50,000 hogs daily at facilities in Worthington, Marshalltown, Iowa and Louisville, Kentucky.

JBS will assume 5,100 Cargill employees following the transaction with no plans to remove or replace any workers. “Part of the attraction JBS had was of the people component,” said Martin.

President and COO of JBS USA Pork, Martin Dooley, called the purchase a “strategic investment” in a statement, adding that “the strength and success of Cargill’s pork team and hog suppliers were significant and compelling factors that led us to pursue this acquisition and enhance our ability to serve our diverse, global customer base.”

“The strengths of the JBS and Cargill pork businesses are complementary,” said Todd Hall, senior vice president at Cargill, in a statement. “JBS is acquiring a business with excellent people and fixed assets, and an established track record of success.”

According to the U.S. Department of Agriculture, the U.S. is the third largest global pork producer, trailing China, who produces half of the world’s pork, and the European Union. The same rankings apply in terms of total domestic consumption. Hog processing numbers are up 6.4 percent this year in the U.S., a surprising recovery considering the death of approximately 9 million pigs last year to the porcine epidemic diarrhea virus.

Cargill remains a top meat producer in the U.S. market. The agribusiness behemoth still maintains a foothold in beef, poultry, and other production areas.

“Fresh pork will all go to JBS,” Martin stated, but Cargill will preserve its production of pork products such as hot dogs and cooked ham meats.

Although Cargill does not disclose exact figures, Martin confirmed that their pork production numbers were “considerably smaller than the beef business but larger than the turkey business in the U.S.”