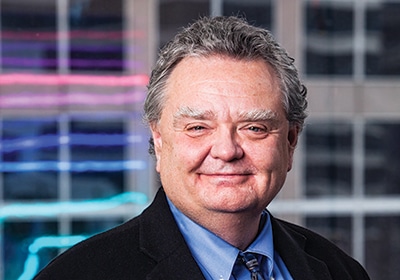 In October 2015, we urged employers to steer their employees to hospitals that routinely and willingly exchange patient information with other providers via their interoperable electronic health record (EHR) systems (bit.ly/1P67WXH). In June 2016, we reported that almost all hospitals now have EHR systems, but only about a quarter are using them to electronically share patient information with other providers outside of their own health system (bit.ly/2iztzat). Most hospitals blamed the other guy’s EHR system for the problem.

Well, it turns out the EHR interoperability problem extends beyond hospitals and into doctors’ offices, where an even lower percentage electronically share patient health data with other providers—though the problem appears to be less severe in Minnesota.

A recently released report from the National Center for Health Statistics said fewer than one in 10 office-based physicians in 2015 performed all four functions that meet the government’s definition of “interoperable.” The four functions are electronically sending, receiving and integrating with another provider, and searching for patient health information outside of the doctor’s medical organization. Though roughly a third of doctors nationwide did at least one of the four, only 8.7 percent did all four (bit.ly/2eYMw3k).

In Minnesota, office-based physicians outperformed doctors nationally on three of the four functions. They fell behind only on integrating patient health information electronically from other providers, 25.3 percent to 31.1 percent (see chart). Integrating patient health information from other providers means they’re able to electronically merge health data from different EHR systems versus doing it manually.

The eight-page NCHS report is based on a survey of 10,302 physicians taken between August and December of 2015.

According to the state report, 69 percent of the clinics reported exchanging patient health information with unaffiliated providers electronically in 2016. That’s up from 40 percent in 2014, but down from 73 percent in 2015. The dip came despite the fact that 98 percent of the clinics said they had EHR systems in place in 2016, up from 93 percent in 2014. Oddly, the clinics reported a little more tech but a little less sharing, even though 92 percent cited the need to exchange patient information with providers outside of their own health system.

So what’s holding them back? The three biggest challenges cited by the ambulatory care clinics as barriers to exchanging patient health information with unaffiliated providers last year were:

Only 4 percent of the clinics cited “leadership support” as a challenge. But, as any employer or business knows, everything starts at the top. That includes a culture that makes sharing vital patient health information with other hospitals and doctors a clinical imperative. Having a problem managing patient consent? Fix it. Working with another provider with lousy technology? Threaten to work with someone else unless they fix it. Don’t know whether another provider has the right technology? Find out.

Sharing patient health data in real time at the point of care, regardless of the site, makes care better, safer and cheaper. If your business wants that for its employees, you or your health plan must steer workers to doctors who willingly electronically share patients’ medical information with others. TCB

They say if you have your health, you have everything. If by “everything” they mean great employees, and if by “you” they mean you, then the adage holds. A survey of 738 human resources managers conducted by the Society for Human Resource Management revealed that health care benefits are the secret to recruiting and retaining the best employees (bit.ly/2fQYLT6).

“Bolstering these benefits could go a long way in recruiting new employees and retaining existing ones,” SHRM said. “But the rising cost of health care adds complexity to the strategy. Employers are going to have to continue to articulate their choices.”