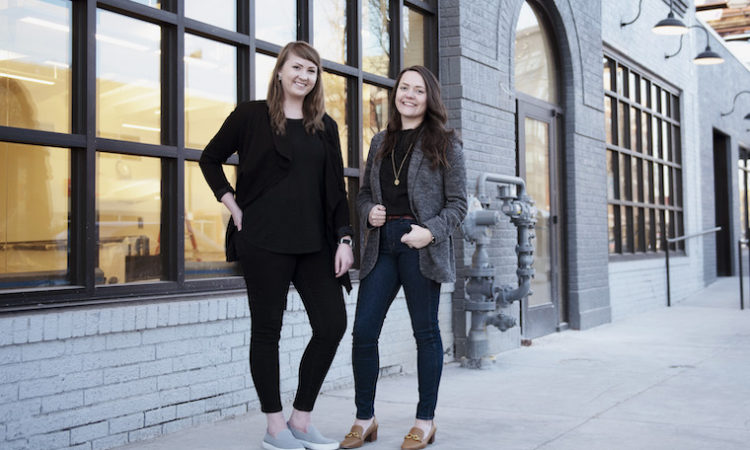 When a female business owner is looking to raise venture capital, the investors with money to give are, almost always, powerful white men, says Giorgi, founder of Minneapolis-based video production company Mighteor and the new same-day photo and video production studio soona, with locations in Denver and Minneapolis.

During a Twin Cities Startup Week talk Tuesday titled “Closing the Fundraising Gender Gap with the Help of Male Advocates,” Giorgi sat down with soona’s own venture capitalist, Ryan Broshar, founder and managing director of Matchstick Ventures, for  a conversation about the challenges women face when trying to raise venture capital.

The discussion revolved around soona’s own recently implemented “candor clause,” an open-sourced legal disclosure to be included in fundraising documents as a way to foster conversations between founders and investors about gender equality. Soona used the clause—ideated by Giorgi after her own repeated uncomfortable and unfair encounters with male venture capitalists who blatantly flirted, texted her late at night, or asked questions about her relationship status—in its own successful series seed fundraise this year. The disclosure, meant to be included in the core of financing agreements, requires all parties to disclose if any investors, members of their fund, or representatives have ever been accused of sexual assault, sexual harassment, or sexually-inappropriate behavior.

Giorgi is calling for all businesses to invoke the candor clause in all fundraising documents.

Broshar says Matchstick Ventures fully supports soona in its creation and use of the clause, and it is now including the clause in all of its own agreements—a huge step forward, Giorgi says.

As she wrote on soona’s blog in May introducing its candor clause, “Raising money as a 20-something or 30-something woman without much power or financial strength from largely successful, powerful men is not easy.” In fact, the 33-year-old goes on to write, it’s “vulnerable:” “Who wouldn’t feel close to someone when discussing your vision for the future and all the incredible people you are doing it with?”

Because of the vulnerability of it, fundraising “attracts all sorts of human beings. Many of whom are brilliant, generous, thoughtful people,” Giorgi continues in the post. “But it’s also a great place for people with unsavory intentions to proliferate. The result? We believe it creates far too many opportunities for overreaches. Bluntly: by overreaches, we mean sexual advances that are unwanted, unwarranted, and unreciprocated.”

But Giorgi says she’s not encouraging women to stop seeking capital from male investors. Instead, she says, they must find the right men.

“I’ve really relied on male allies, whether it’s our male attorney or our male investors,” Giorgi says. “My male [venture capitalist] saying, ‘I’m going to put this in all my agreements going forward; a male attorney saying, ‘I suggest we do this moving forward’—[they] all create a validity to the impossible playbook that we’re all trying to pull off here.”

For Matchstick Ventures, which almost always enters into investments with partners, picking co-investors is just as important to advancing the candor clause and the values it embodies as is its own support and compliance.

“If [female founded] companies are successful,” Giorgi says, “and we only take really great male allies…with us, we actually prevent these toxic organizations from continuing to be successful.”

She continues, “It can be very hard when you’re just trying to get the money. But…getting the money from people who believe in you fully as a whole human is a totally different experience than getting money from someone who just believes in your business plan.”

Giorgi’s hope is that the candor clause is just the first step in making the startup community more inclusive for women and other groups that are underfunded.

Hear more from Giorgi on TCB’s By All Means podcast.