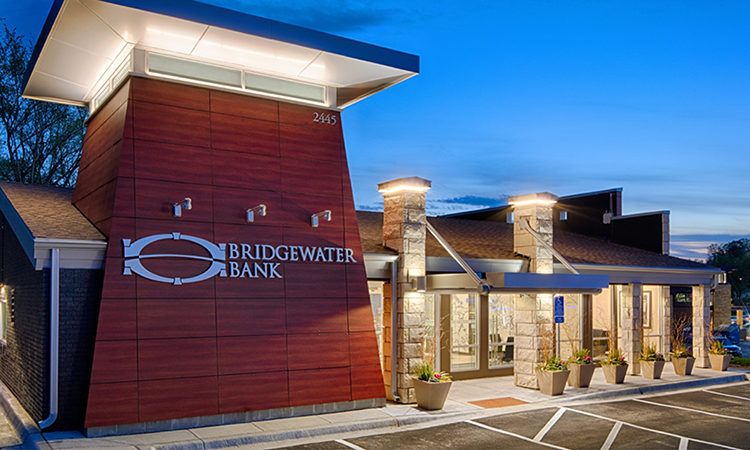 St. Louis Park-based Bridgewater Bank announced Tuesday morning that it will increase its minimum wage for full-time employees to $20 per hour, starting on August 1.

“As the premier entrepreneurial bank in the Twin Cities, we are focused on continuing to attract and retain the best talent through our unconventional culture, competitive benefits, and now, a leading minimum wage,” said Jerry Baack, Bridgewater’s president and CEO, in a statement. “Many of our employees enter the bank through entry-level roles, and we want everyone to know they play a vital role in supporting our fast-growing bank. Taking this important step is simply the right thing to do.”

According to a statement from Bridgewater, the new minimum wage is an 11 percent increase from its existing minimum wage and will benefit 14 percent of its full-time employees. Bridgewater currently has more than 215 employees.

Bridgewater Bank is a subsidiary of Bridgewater Bancshares Inc., a publicly traded company. Bridgewater went public in 2018, well ahead of the current flurry of IPOs among Minnesota companies.

A minimum wage of $20 an hour is well above the rate set by most other companies. According to its statement, “Bridgewater Bank is believed to be one of the few local Minnesota companies to establish a $20 per hour minimum wage.”

Many larger companies have been raising minimum wages to at least $15 an hour to keep pace with competitors and as a tool to attract workers in a market where businesses everywhere are scrambling to hire.

In the city of Minneapolis, minimum wages are mandated by city ordinance. On July 1, the required minimum increased to $14.25 per hour for large employers with more than 100 employees and to $12.50 for smaller businesses with 100 or fewer employees. The required minimum wage for large employers in the city of Minneapolis will hit $15 per hour on July 1, 2022.

The state minimum wage in Minnesota is now $10.08 per hour for any company with annual revenue of $500,000 or more. For smaller companies the minimum wage is set at $8.21 per hour.

The federal minimum wage is $7.25 per hour and has not changed since 2008. A worker logging 40 hours per week at that pay rate would earn just $15,080 per year. Those wages are below the federal poverty level for a family of two.