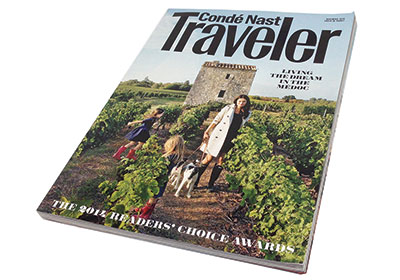 The golf courses and cottages at Madden’s Resort on Gull Lake in Brainerd were closed for the season when news broke in November that the resort had been ranked the No. 1 Midwestern resort, 12th-best resort in North America, and 53rd-best lodging in the world by CondÃ© Nast Traveler magazine.

Yes, that Madden’s. The one you’ve been going to for years. Knotty pine. Brainerd. That one. What’s even more amazing is it was Madden’s first showing ever in the magazine’s 27-year-old Reader’s Choice Awards.

Turns out Madden’s had never been included in the magazine’s multiple-choice survey, but after some lobbying by Lola Red PR, the resort’s Minneapolis agency, Madden’s went on the ballot. The resort used a marketing blitz to get guests to take the online survey. Madden’s beat out the Four Seasons Resort Lanai, Montage Laguna Beach, and the Cloister at Sea Island in Georgia—all legendary five-star resorts with prices two to five times what Madden’s bills.

Turns out Madden’s picked the right year to make its gambit. “Their results were impressive,” says CNT’s editor of service and surveys David Jefferys, “due in part to our addition of value in this year’s ranking. Generally, hotels and resorts in the Midwest had a higher representation than in any previous year.”

If you’re puzzled by Madden’s interest in national/global renown, given that the 85-year-old resort thrives on repeat, mostly regional clientele, you only have half the story. “Those fifth- and sixth-generation guests have spread out,” says Madden’s vice president Abbey Pieper, a third-gen Madden hotelier. “Many live on the East Coast and in Canada.” She says summer guests from all over North America come to Madden’s while their kids attend hockey camps in the region. Madden’s nationally ranked golf courses have a long reach as well.

Still, Pieper promises it won’t go to Madden’s head. They’ll leave the $800 double rooms and $71 room service continental breakfasts to the places eating their dust in the rankings.