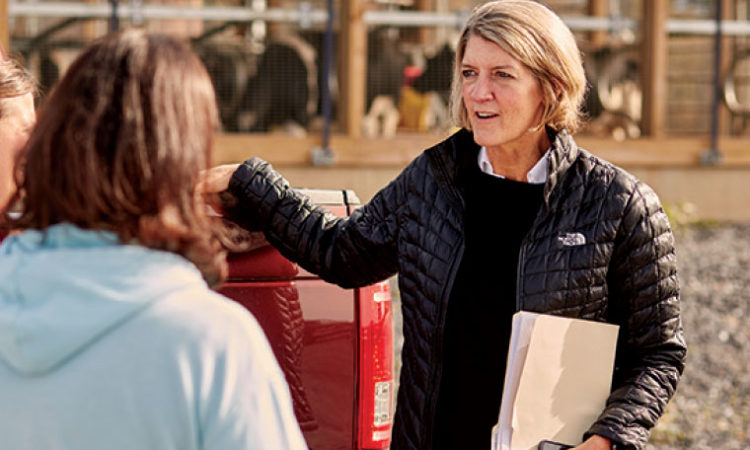 BlackRock Elects Beth Ford to Board

As president and CEO of Land O’Lakes, Beth Ford is already well known in Minnesota business circles. As of yesterday, she will now be on the radar of people on Wall Street who don’t pay much attention to the farmer-owned cooperative.

On Tuesday, New York-based BlackRock Inc., a towering global investment manager, elected Ford to its 18-member board of directors. At the same time, BlackRock also named Kristin Peck, CEO of New Jersey-based Zoetis Inc., to the board.

BlackRock operates on a much larger scale than the bulk of its competitors. News surfaced on Wednesday that BlackRock was looking to raise $2.3 billion for a fund focused on environmental, social and governance (ESG) investment criteria.

“Beth and Kristin are recognized leaders in their respective industries, and they bring a wide range of valuable perspectives and experiences that will help BlackRock and the Board navigate the future,” said Laurence Fink, Chairman and CEO of BlackRock, in a statement.

Of Ford, Fink specifically said: “Key to that future is a mindset that embraces and accounts for our impact on all stakeholders – which is precisely what Beth champions through the Land O’ Lakes cooperative framework which cares deeply about the company’s impact on all of its stakeholders, including its shareholders, the agriculture community, and employees. Beth is also a recognized and influential voice on key issues including climate change, immigration, infrastructure and trade and we look forward to her contributions.”