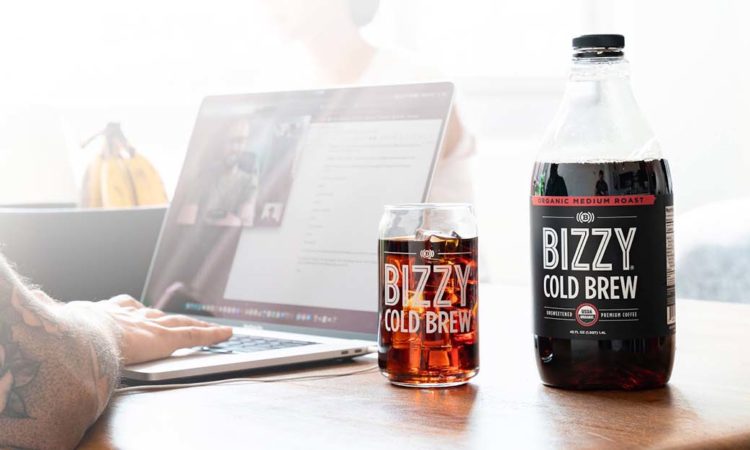 The Minneapolis-based cold brew brand is raising nearly $7 million to build a new Minnesota production facility and expand its presence across the country.
By Dan Niepow
December 06, 2021

Minneapolis-based Bizzy Coffee expects to get its products on a lot more shelves in the new year. The company is in the midst of raising nearly $7 million, which will be used to build a new coffee production facility and help expand the brand’s presence in stores across the United States.

Bizzy already sells its cold brew products in 30 states through partnerships with regional retailers like Cub and Kowalski’s. But Bizzy co-founder and CEO Alex French says the company is raising money to help get its products on the shelves of national retailers.

“We can’t disclose all of the retailers, but we’ll be nationwide in thousands of stores across the country,” French said. “We should be available in most cities.”

French expects the expansion to take place in the first quarter of 2022.

The company also plans to build a new production facility somewhere in Minnesota.

Bizzy doesn’t operate any coffeeshops. At its current facility in Brooklyn Center, the company exclusively manufactures cold brew products, which are then sold online or at a handful of brick-and-mortar retailers. French said the cold brew category is “really exploding.”

Formally launched in 2015, Bizzy got its start as a subscription service for cold brews. The company also sold its wares on Amazon, where it quickly became a best-selling cold brew brand. But these days, Amazon sales account for a “minority” of Bizzy’s revenue, French said. “Our retail business has far surpassed the Amazon portion this year, and definitely will next year, based on what we’re forecasting,” he said.

Bizzy currently employs about 30 people in total. French said he hopes to add a few more employees in operations, marketing, and sales. The company’s Brooklyn Center facility is just down the street from fellow Minnesota coffee company Caribou Coffee.

French is a serial entrepreneur who tested out more than a dozen different startup ideas before landing on Bizzy Coffee.