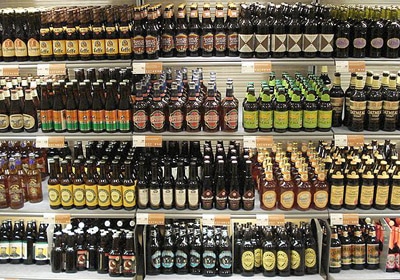 The committee vote is a just a small slice of what’s happening across the Legislature: Onetime ‘no’ votes are slowly shifting to ‘yes,’ and new lawmakers are more inclined to repeal the ban.
January 29, 2017

As the head of the Minnesota Licensed Beverage Association, he’s spent years telling legislators why they should keep Minnesota's ban on Sunday liquor store sales — that the small liquor stores he represents are worried about big box retailers and the cost-benefit of staffing an extra day of sales. And, year after year, Chesak has been successful, with legislators repeatedly defeating any attempts to lift the ban.

This year is different. There’s been a big shift since the election, and Chesak knew it. “The last time there was a Sunday sales hearing in this committee, five of these small business owners were here to testify and more were in the audience,” he told members of the House Commerce and Regulatory Reform Committee on Tuesday. “Today is different. We all understand what the outcome of the vote today is going to be.”

Proponents of Sunday liquor sales say the committee vote is a just a small slice of what’s happening across the Legislature: Those who once cast ‘no’ votes are slowly shifting to ‘yes,’ and many of the new freshman legislators are more inclined to support repealing the ban.

Minnesota is currently one of 11 states that bans liquor stores from selling booze on Sundays, and the idea of scrapping the provision is incredibly popular with the public. Even so, the debate is more complicated in St. Paul. A powerful lobbying team — including Chesak’s MLBA, municipal liquor stores and the Teamsters Union — have long opposed any effort to change the law. And legislators from both parties have voted against Sunday liquor sales for a variety of reasons, from religious beliefs to the societal costs of drinking.

But the public became more active in the debate over the last two years, largely via social media, sending out petitions and tweeting at legislators that they want them to lift the ban. “We’ve had close to 10,000 Minnesota voters sign up saying they’d like to see this change happen,” said Andrew Schmitt, executive director of the Minnesota Beer Activists, which has petitioned to lift the ban.

The bill voted on Tuesday, authored by Rep. Jenifer Loon, R-Eden Prairie, included some changes she hopes will appeal to opponents. An amendment to the bill would only allow liquor stores to be open from 10 a.m. until 6 p.m. on Sunday (liquor stores can remain open until 10 p.m. any other day of the week). And no liquor deliveries would be allowed on Sunday, a concern for the Teamsters Union. If passed, Minnesotans could buy liquor from stores on a Sunday as soon as July 2.

But opponents of the proposal said they’re not giving up yet. “Our organization will continue to fight for the little guy, for the small family-owned business that owns and operates bars and liquor stores throughout Minnesota,” Chesak said.

“Experience in other states suggests that very soon grocery stores, and other big box retailers, as well as convenience stores who currently sell 3.2 percent beer, are likely to be at your doors urging you to allow them to sell beer at strengths greater than 3.2 percent,” he said.

The proposal hasn’t had a successful hearing in the Senate in several years, but new Republican Senate Majority Leader Paul Gazelka said he’s reserving judgment on the issue for now. Republican House Speaker Kurt Daudt has emerged as the biggest proponent of lifting the ban, co-sponsoring Loon’s bill and telling reporters he’d like to have it passed out of the House sometime in January. If the bill makes it to his desk, DFL Gov. Mark Dayton has said he will not veto the measure.

Rep. Laurie Halverson, DFL-Eagan, is one of the legislators who flipped from a no vote to a yes on Tuesday, but she said she’s still concerned about the effect on small liquor stores. “If you’ve got the opportunity to go shopping on a Sunday, I want to be sure that you aren’t driving by your small businesses,” she said. “Don’t leave our small businesses behind.”