Big Thanks to Small Firms 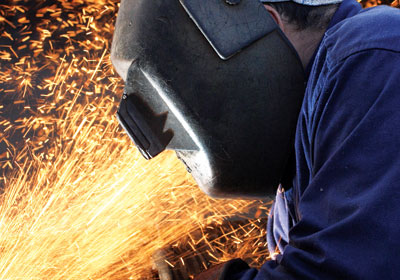 Grow Minnesota was founded to thank Minnesota businesses for staying here—and to identify their challenges so that they keep staying. The program is conducted in conjunction with nearly 60 local chambers of commerce or local economic development organizations. Each year, staff and volunteers visit nearly 900 businesses. Each chamber picks the companies, which don’t need to be chamber members.

The thank-you bit may strike some as a bit corny, but Blazar says that businesses “appreciate that. They usually don’t get thanked” for running their companies and providing jobs in Minnesota. As for the assistance, the Minnesota Chamber has helped businesses with finding sources of supply or working through the sometimes complex process of obtaining state and local permits.

Though Grow Minnesota describes itself as a private-sector economic development program, it doesn’t leave the public sector out. In most cases, chamber staffers help businesses looking for information get to the right government department. It works particularly closely with the Minnesota Department of Employment and Economic Development (DEED).

But it’s those visits to small, privately held businesses across the state that the chamber says makes the program distinctive. It claims that in the program year ending in September, Grow Minnesota’s efforts provided 125 companies with help, which in turn saved at least 4,900 state jobs. According to Blazar, about one in eight visits result in a request for help.

During the brunt of the recession, many businesses found themselves needing the same kind of help—access to capital. Grow Minnesota was able to provide some of that help in late 2009 thanks to a $5.1 million pledge from the Pohlad Family Foundation. The foundation asked Grow Minnesota to manage and distribute the funds due to its connections with local chambers and the program’s database of businesses, including many small ones.

Also in 2009, the chamber extended Grow Minnesota into a program called BusinessConnection (mnbizconnect.com), an electronic business assistance and referral network cosponsored by DEED. Start-up costs were financed by grants from the McKnight Foundation. Anyone can type in a question, and chamber staff (often working with public and private resources) gets back with the answer.

In the next six months, the Minnesota Chamber plans to take what it’s learned so far from running Business Connection and make it easier for callers to reach a human being.