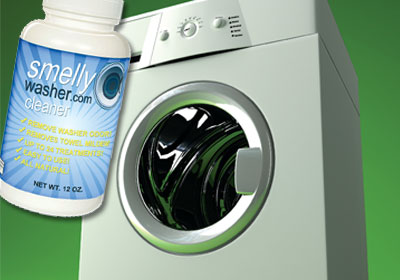 The washing machine is one of the dirtiest places in the home,” says Paul Flynn. How can that be, you ask? Residues—from your detergent, your fabric softener, and all the sweat, grease stains, and other funk that prompted you to wash your clothes. It wasn’t as big an issue in old top-loading washing machines. But with the reduced water consumption in newer front-loaders, molding residue is more of a problem.

“People think they need to use more detergent” to clear up the smell, Flynn says. “Really, they’re just exacerbating the problem.”

While he was serving in the Navy years ago, Flynn had mixed up a solution for cleaning metal lathes. When he was back on dry land working as an appliance technician, he got calls every week from customers mystified, embarrassed, repulsed, and worried by the stench coming out of their washers. Some had replaced their washing machines, only to have the problem return in a short time. In 2006, he hit on the idea of repurposing his old Navy formula to treat moldy washing machines—and it worked.

Flynn’s powder has a citrus base, and a tablespoon run through the washer twice a month on a hot-water setting does the trick, he says: “It doesn’t allow cohesion of living organisms” to the machine’s plastic and rubber parts. A contract manufacturer makes his product and Flynn sells it on line (smellywasher.com).

He’s shipping from his Savage garage to customers as far away as Europe and South America. And with $1.2 million in sales for 2009, Flynn is cleaning up.