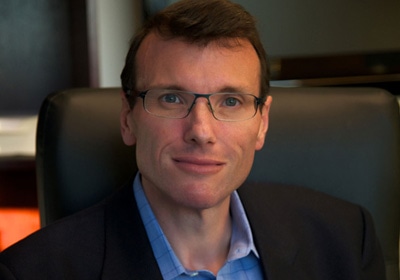 Scott Durchslag will lead Best Buy’s website and e-commerce initiatives as the company attempts to turn itself around and its founder works on a private takeover attempt.
October 13, 2012

And the company is reportedly considering a reduction in online prices as it enters the holiday season.

Durchslag will serve as senior vice president and president of online and global e-commerce, effective October 8. He will report to Stephen Gillett, the former chief information officer of Starbucks who joined Richfield-based Best Buy in March.

In a statement, Gillett—Best Buy’s president of digital, global marketing, and strategy—described Durchslag as a “seasoned tech veteran,” saying he will “add tremendous value to Best Buy as we build upon the broader digital and online experience for our customers.”

Prior to working at Expedia, Durchslag was a partner at global consulting firm McKinsey & Company, and he held senior leadership positions at Skype and Motorola.

Gillett told Bloomberg that the company might reduce online prices during the holiday shopping season in an effort to compete with online retailers like Amazon.com.

Gillett also said that Best Buy sets prices for televisions, tablet computers, and smartphones based upon “what is selling online, what is selling in the store, what is selling with the competition,” and the company might cut prices “to make sure that we are competitive across those categories,” according to Bloomberg.

Best Buy is attempting to turn itself around after experiencing declines in same-store sales and increased competition from online retailers like Amazon. The company, which has recently shuttered big-box stores across the country, reported net earnings of $12 million, or 4 cents per share, for the quarter that ended August 4—down 91 percent from last year’s second quarter. Revenue, meanwhile, fell 3 percent to $10.5 billion.

Domestic online revenue, however, was one bright spot for Best Buy: It increased 14 percent over the same period a year ago.

Durchslag’s appointment comes on the heels of a series of leadership changes. In April, CEO Brian Dunn resigned amid a scandal involving allegations that he had “an extremely close personal relationship with a female employee.” In the wake of the scandal, founder Richard Schulze in the wake of the scandal resigned from his position as chairman and has since been working on a private takeover attempt.

Last month, Hubert Joly, former chief executive of global hospitality company Carlson, took the reins as Best Buy CEO, a move that was met with mixed reactions. Some analysts believe Joly’s turnaround experience makes him a good fit, while others are concerned about his lack of retail experience.

Schulze, meanwhile, has reached a deal with Best Buy’s board that grants him access to the company’s non-public financial information in order to put together a formal buyout offer. Reuters reported that Apollo Global Management LLC, Cerberus Capital Management LP, TPG Capital LP, and Leonard Green & Partners LP are among the firms looking into Best Buy’s financials, as are Schulze and his advisers at Credit Suisse Group AG.

Schulze claims to have recruited former CEO Brad Anderson and former Chief Operating Officer Al Lenzmeier to serve on his management team, although some analysts have said that Joly could remain in his position even if a private takeover occurs.