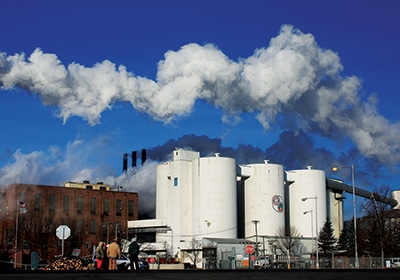 Beets Can Be Beat

The sugar industry needs to wean itself from federal support before Congress does.
By Dale Kurschner
January 27, 2016

A story in the Dec. 27 Star Tribune reported how sugar beet farming—a big deal in parts of western Minnesota and eastern North Dakota—could be hurt by consumer groups looking to eliminate genetically modified ingredients from food.

It turns out all sugar beets nowadays have been engineered to be able to withstand Roundup—the one commercially available herbicide that really kills vegetation (even buckthorn). I guess the science says we shouldn’t worry about eating sugar that even Roundup can’t kill, but it makes at least this sugar consumer wonder.

It also made the Hershey Co. wonder (with a nudge from consumer groups)—enough so that it switched to cane sugar beginning late last year, because it is not genetically modified (GM). With annual sales of more than $7 billion and 80 brands of candy, Hershey’s had been a major customer for sugar beet farmers.

Reaction from Crystal Sugar regarding Hershey’s move was sort of an “Oh, well”—since non-GM beet seeds are no longer available. But as consumer groups continue to persuade companies to avoid GM produce, it might behoove the coop, as well as the rest of the sugar beet industry, to start producing at least some non-GM sugar as an option.

Granted, the sugar industry (55 percent of which is from beets, the rest from sugar cane) is so well protected by Congress that it acts as though it is impervious to any outside factors. But changing times are coming. More companies will likely follow Hershey’s lead (General Mills already has started to, with some of its cereal products). There’s the rising tide of health reports for us all to cut back on sugar. And most significantly, there is a growing number of associations, trade groups, corporations and leaders looking to phase out the incredibly lucrative federal price-support policy that has artificially sustained the sugar industry for far too long.

This subject recently came up among Republican presidential candidates: Ted Cruz says he wants to do away with government support for the sugar industry, echoing some other conservatives. Former Florida Gov. Jeb Bush also says he would support phasing it out, even though doing so would affect the significant sugar cane industry in Florida. Rand Paul, Marco Rubio and Carly Fiorina also have said they would support such a move. And momentum for reform is building on other fronts, due in part to the Coalition for Sugar Reform, an alliance of candy companies, food industry associations, consumer groups, business groups and taxpayer watchdog organizations.

It was only two years ago that Congress seriously considered phasing out the sugar program. When it came up for a vote, Minnesota Sens. Amy Klobuchar and Al Franken abstained; the sugar beet industry generates a few billion dollars in economic activity and employs, directly and indirectly, an estimated 30,000 people in Minnesota. They are among those who say we must continue subsidizing sugar to ensure jobs in rural areas.

But they, like just about everyone else who matters in Washington, also receive campaign contributions from Crystal Sugar. In 2014, the company donated more than $1.3 million to 221 members of Congress (many receiving the maximum allowed) and spent $1.4 million on lobbying in 2013, according to a recent report from the Manhattan Institute for Policy Research.

In the end, the Agriculture Act of 2014 provided another five years of sugar-industry protection, at our expense. Including confectioners, cereal makers and other businesses that use sugar in their products, Americans are paying more for sugar than they need to—to the tune of $1.4 billion a year, according to the Heritage Foundation. That’s the equivalent of more than $310,000 per sugar farm in the United States.

The federal government supports the sugar industry in various ways. The USDA makes loans to sugar farmers and allows them to repay in sugar if prices fall below so many cents per pound. It then sells that sugar at a steeply discounted rate. In 2014, this cost taxpayers $53.3 million. Including loans that could not be repaid, it cost us all $172 million. The government also enforces tariffs and quotas on imported sugar, limiting our access to cheaper sugar.

Juxtapose, for a moment, the sugar industry’s generous level of support with what the iron mining industry and paper industries receive: nearly nothing. Minnesota produces 75 percent of our nation’s iron ore, and the paper industry generates $2.9 billion of annual economic activity here. Both of these industries directly employ, or employed, more people in Minnesota than sugar. Yet sugar’s sweet deal continues unabated for another three years, while iron ore and paper producers fight for their lives.

Sugar policy skirts the healthy balance that needs to be maintained when it comes to tariffs, duties and other tools designed to help protect U.S. producers from unfair foreign competition. And government-funded job protection efforts should never be long-term, which is exactly what sugar policy has evolved into.

Supporters say the policy is still needed to counter the actions of other countries that unfairly subsidize and then dump low-cost sugar on world markets. After hearing this claim for nearly 40 years now, we can no longer refer to the rest of the world as being unfair on this matter. It’s time the U.S. sugar industry learns how to compete without federal support.