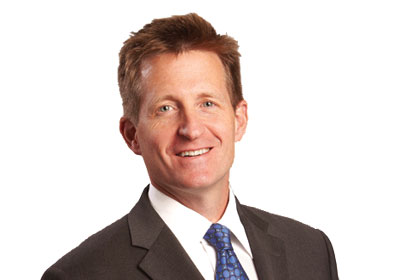 CEOs get all the press—but directors’ wisdom prevails.
By Dale Kurschner
September 20, 2012

In keeping with my recent theme of exploring Minnesota through this column, I begin with, yes, my visit to the State Fair on Labor Day weekend. Oceans of people, thousands of things to look at, a dozen foods I enjoyed too much, and an evening grandstand show featuring golden oldies Loverboy, Pat Benatar, and Journey.

It was a bit of a time warp: 30 years earlier, I saw Loverboy open for Journey at the old Met Center, and I later watched Benatar become one of the earliest, most frequently played artists on a new network called MTV. At the fair this September, they performed well, and Benatar sounded even better than she did in the ’80s.

Aging rockers’ continual pursuit of doing what they love—you can add Bruce Springsteen, Peter Frampton, and the Rolling Stones (a group that’s celebrating 50 years together this year!) to that lengthening list—is indicative of our aging demographic balloon of 76 million baby boomers. We’re living and working longer, and as a result, our influence on the world is continuing across the board—for now.

About 31 million baby boomers are now working, and 85 percent plan to continue working after retirement, according to the Cornell University ILR School’s Employment and Disability Institute. Some aren’t retiring at all: Viacom, Inc. Executive Chairman Sumner Redstone keeps working at age 89; Warren Buffett continues to successfully lead Berkshire Hathaway at age 82. Closer to home, we have Dick Schulze, who at age 71 is leading the most aggressive business venture in Minnesota this year as he formulates a plan to purchase publicly traded Best Buy.

Aging leadership is hanging on elsewhere, too. The average U.S. senator age is 60; for Supreme Court justices, it’s 68. Nearly 50 percent of all physicians are over the age of 50. And we have an aging surge of accomplished business leaders who worked their way up to CEO and, often due to mandatory retirement rules, have moved beyond the role they became most respected for performing. A significant portion of them transitioned into corporate and not-for-profit board directorships, where their hard-earned wisdom proves invaluable for several years beyond the age of 65.

Departing Minnesota CEOs in 2012 (Through August)

In 2011, 30 percent of new directors at Minnesota’s 30 largest publicly traded companies were retired CEOs, COOs, or presidents—more than double the percentage only 10 years earlier, according to SpencerStuart’s Minnesota Board Index. The average age of directors has increased as well, from 56 in 2001 to 60 in 2011.

Meanwhile, corporations are hiring younger CEOs, and there’s a generation gap expanding between corporate directors and the CEOs they are to hire, help, and, when need be, replace. The average age of CEOs in Minnesota dropped from 58 in 2001 to 54 in 2011. The average age of incoming CEOs at S&P500 companies was 52.9 in 2010, down from 54.7 in 2006, according to the Wall Street Journal. Will this age gap widen? And will the younger generation that some of you consider too entitled clash with the older-guard, solid-work-ethic directors? We’ll see.

As boards are getting older, they’re also becoming more active. In part due to the Sarbanes-Oxley and Dodd-Frank legislation, boards are doing much more to understand what’s really happening within a company, then providing strategic guidance and perspective as needed. They’re more often setting rules for CEOs and their executive teams—a near 180-degree turn from 10 years ago, when CEOs more often guided (and selected) board members.

A generally older and wiser board provided with more authority may help explain why CEOs seem to be getting tossed out more frequently today. In Minnesota alone, through August, more than a dozen CEOs left their positions due to board pressure to exit. Other CEOs left due to succession planning or other constructive measures that were guided by the board. (A partial list of those departures appears in the sidebar to the right.) There also is a large and growing list of departed CEOs nationally.

“The most important thing boards do is to choose the leader of the company, the CEO,” says Kenneth Goodpaster, the David and Barbara Koch Chair in Business Ethics at the University of St. Thomas. Boards’ duties also include changing CEOs when financial performance is plummeting or when there are flaws in their leadership skills or, even worse, their ethics.

“The one thing that’s at a lot of unethical behavior involves fixation, rationalization and eventually, detachment. The notion of a company getting fixated on financial performance so much that it forgets about ethics and its mission,” Goodpaster says. “The board is there to offer perspective, which is an anecdote to fixation. Whatever strategic value they may have, boards also offer perspective—and that’s not an easy commodity to get a hold of today.”

The directors honored in this year’s Outstanding Directors coverage, which begins on page 42, provide perspective, strategic thinking, and personnel oversight—while tackling important issues that rarely, if ever, show up in the media. Like their peers, they play an increasingly vital role in the health of Minnesota’s economy, and I hope you enjoy reading about them. You’re also invited to join us as we honor them in person on the evening of October 18. They may not be rock stars, but they’re five great leaders with fascinating experiences to share.