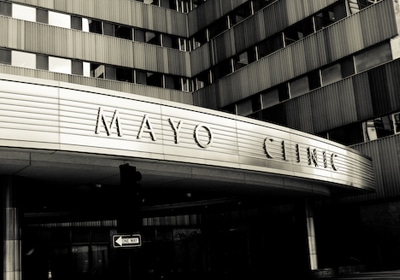 Medtech’s move follows hires of locally based CEO and CFO.
May 17, 2017

Australian medtech Medibio Ltd. is deepening its presence in Minnesota with a new technology commercialization agreement with Mayo Clinic and the recent hires of locally based chief executive and financial officers.

Medibio (ASX: MEB) was founded in Sydney in 1998 and first established a presence here in 2015, citing Minnesota as “the heart of the USA’s leading medical technology community.”

The company’s focus is its Digital Mental Health Platform, which it touts as “the world’s first objective test for the diagnosis of depression and other mental health disorders.”

Medibio’s platform uses a proprietary algorithm first developed by Australian researchers to interpret heart-rate waveforms generated by patients equipped with wearable devices while sleeping. The system operates on the theory that mental states are linked to the autonomic nervous system and sleep disturbance, and thus analyzes patterns in circadian heart-rate waveforms to identify conditions such as depression and anxiety.

After 15 years of clinical research, Medibio announced in August it successfully validated its platform in a study at the University of Toronto in which it was found to be 83 percent accurate in distinguishing between depressive and non-depressive patients. This compares favorably to the “clinical gold standard” diagnostic rate of 33-to-50 percent at the primary care level and 70 percent among experienced psychiatrists, the company said.

It is now seeking CE marking for market clearance in Europe by the end of this year and is also readying its registration process with the U.S. Food and Drug Administration.

Among the Aussie firm’s increasingly deep ties to Minnesota is the presence on its board of Dr. Franklyn Prendergast, a renowned former Mayo medical professor and one-time director of the Rochester clinic’s research programs. Prendergast, who retired in 2014, remains an emeritus director of Mayo’s Center for Individualized Medicine.

His involvement with Medibio was brought into focus last week when the company announced it struck a three-year joint development agreement with Mayo on new “product solutions” for use by mental health professionals in “addressing psychiatric conditions.”

“We believe that Mayo Clinic provides precisely the clinical expertise that Medibio needs to validate the use of our technology as a decision support tool in the detection and diagnosis of depression and other mental health illnesses,” Prendergast said in a released statement.

The financial terms of the joint development agreement were not revealed, but past “JDAs” involving Mayo have seen the clinic stake out patent protections for new innovations and forging licensing deals with the corporate partner. The nonprofit Mayo Foundation sinks revenues generated by such agreements back into its practice.

The Mayo JDA was only the latest sign of Medibio’s ramp-up in the state. It came just three months after the appointment of Minnesota-based medtech veteran Jack Cosentino as CEO. Cosentino’s resume includes eight years as leader of Burnsville-based Diversified Medical Corp., along with later stints at Medtronic PLC as well as with another Australian medtech now expanding into Minnesota, Impedimed.

In April Medibio hired another local medtech player, Brian Mower as CFO, to help guide the firm with its “critical focus for 2017”—product development, clinical trials, CE mark and FDA clearance. His 17 years in medical device technology companies include an eight-year stint at Shoreview-based Torax Medical Inc., which was recently sold to Johnson & Johnson’s Ethicon division.

Mower told TCB that Medibio just last week set up new offices at the Eagle Creek Business Park in Savage and is looking to hire local talent as it seeks to commercialize its digital mental health platform.

“The reason we looked in Minnesota particularly is because the pool of talent available in the medtech industry here is tremendous,” he said. “So we’re looking for bright people who can bring a lot to the company. Minnesota is definitely a worldwide leader in medtech.”