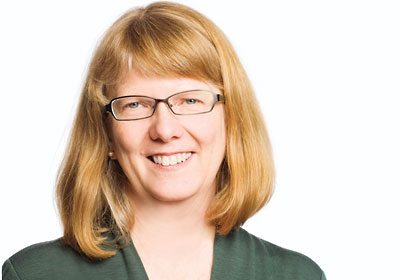 Even as other industries are testing the sales-by-subscription model—signing us up for farm harvests, DVDs, and wine-of-the month clubs, among other products and services—performing arts organizations are experimenting with non-subscription ways to sell tickets. Want to buy a theater or orchestra ticket? There are more ways than ever to get one.

SEE WHAT THESE
ORGANIZATIONS
ARE DOING:

National Endowment for the Arts

Over a 35-year period, subscriptions have become a dynamic force, allowing organizations to identify their most loyal patrons, encouraging attendance, assuring that much of the season’s inventory is sold in advance, and spurring consumers to decide early by reducing the availability of single tickets; and because subscriptions are pre-paid, they ensure a healthy cash flow for the year. In the classic subscription model, the box office picks the performances you’ll be attending, assembling different kinds of programs—some easier, others harder to sell, so subscriptions also create a “smoothing effect” over the course of a performing season, filling houses equally for all events.

It’s unlikely subscriptions will disappear anytime soon. Audiences are used to the model and comfortable with it. And for many organizations, a steady number of people still subscribe. But the story right now lies elsewhere, in all the other ways people want to purchase their tickets. Many, if not most new customers are coming to the performing arts via alternate routes.

That’s because, while sellers love subscription tickets, they’re less convenient for the consumer. Consumers part with their cash months in advance, for nights when they may be traveling, sick, or maybe just not feeling like a show. Most subscription seats can be exchanged, but this requires a box office transaction. Today, consumers want convenience and flexibility. They want to decide to attend spontaneously. Performing arts organizations are seeing an increasing trend toward “late sales,” making it difficult to project revenue for a particular performance until it is literally under way.

Consumers want not only convenience, they also want to pay less. Discounting has become critical to sales; the “effective price” of a ticket versus its original price is headed downward. Here are a few ways organizations are responding to consumer expectations:

Choose Your Own. These subscriptions offer a fixed number of performances for a fixed price; often the seller offers bargains for performances where sales are low. Organizations with a large inventory of tickets have used these flexible subscriptions with success, and these packages are trending upward. At the Saint Paul Chamber Orchestra (SPCO), the number of repeat subscribers who used “choose your own” packages rose from 1 percent in 2006 to 5 percent by 2011. Eighty-seven percent of new SPCO subscribers purchased a flexible package last season.

Groupon and Other E-Blast Coupon Services. E-coupons are moving large numbers of tickets for the performing arts. With no outlay for marketing collateral or list acquisition, many organizations are happy to provide a limited number of seats at very low prices, particularly since many “coupon consumers” are new ones. The hope is that at least some coupon holders will return. Groupon Manager of Merchant Public Relations Nicholas Halliwell says that the company is investing in tools that will make it even more convenient for customers to purchase and redeem tickets for live performing arts.

Discounts for Particular Shows and Nights. Organizations including the Guthrie Theater, Minnesota Orchestra, and others offer steep discounts on tickets through their social media channels and e-newsletters. Special offers can include packages for multiple dates or “buy now” messages for today’s performance. If you want these offers, you should “friend” your favorite performing arts organizations on Facebook and sign up for their Twitter feeds and e-newsletters.

Free. Last year Mixed Blood Theater announced its “Radical Hospitality” program and made all available tickets free two hours before each performance. A reservation system allows Mixed Blood to identify these customers and engage further with them. Jack Reuler, Mixed Blood’s artistic director, reports that 43 percent of total attendance during the 2011–12 season came through this new program; the other 50 percent preferred a guaranteed seat at the asking price. More than 150 people who used the free program said they’d never attended live theater before. While ticket revenues were down, contributions were up, as donors were inspired to support this move toward broad accessibility.

Membership. In April the Saint Paul Chamber Orchestra announced that it would offer memberships for customers who prefer this approach. For $5 per month, members can pick any available seat for any performance (a year’s commitment is required). The SPCO reports that in the first 60 days, more than 1,400 memberships were sold; 32 percent of purchasers had no sales history with the SPCO.

Group Sales. Several organizations are experimenting with group sales—marketing to all manner of clubs, employers, and neighborhood associations to sell tickets at a grassroots level or in bulk. Often these are offered on social media channels. Does your book club want to go to a play together? Theaters want to find you. The Jungle Theater, for example, has been working to bring local residents to the theater’s home in Minneapolis’ Lyn-Lake district.

In short, performing arts organizations are finding new paths to reach new people. Reaching new people and encouraging their participation is an activity critical not only to mission, but to the future of the performing arts. Responding to changing audience habits and preferences is an essential part of that work.

Sarah Lutman is a St. Paul–based independent consultant and writer for clients in the cultural, media, and philanthropic sectors. She has served in executive and leadership positions at the Saint Paul Chamber Orchestra, Minnesota Public Radio, and the Bush Foundation.