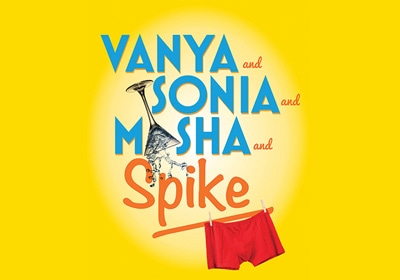 Arts Picks: Vanya And Sonia And Masha And Spike

Christopher Durang’s sort-of-neo-Russian comedy won last year’s Tony award for best play and is being staged in an all-new production directed by Joel Sass. Durang insists he didn’t write a Chekhov parody, he just borrowed a few ideas, themes and character names from the master. But don’t let that scare you. It’s set in a contemporary Pennsylvania farmhouse, and it won the Tony for a reason—it’s funny, sad, weird and heartfelt.