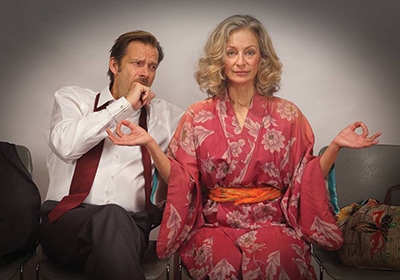 The real star in this production is Sally Wingert, whose career of late has been shining uncommonly bright. She is paired with Mark Benninghofen in Steven Dietz’s charming comedy about college lovers who meet 25 years later and reminisce while stuck in an airport during a blizzard. Directed by Leah Cooper.