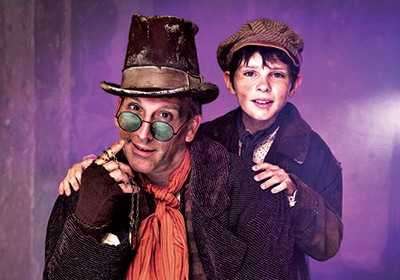 After his astonishing version of Cabaret last year, Theatre LattÃ© Da artistic director Peter Rothstein’s crown as the king of musicals couldn’t shine much brighter. This year, he will wave his magic wand over Oliver!, the Tony-winning musical based on the Charles Dickens classic, with a score by Lionel Bart. Produced in collaboration with the Hennepin Theatre Trust as part of its Broadway Re-Imagined series, the musical will feature the Minnesota Boychoir as the workhouse orphans.