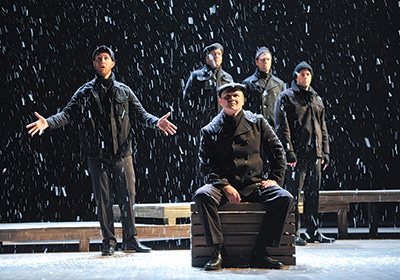 Arts Picks: All Is Calm: The Christmas Truce Of 1914

This year’s production of the Theatre LattÃ© Da/Cantus collaboration that’s become a local holiday classic celebrates the 100th anniversary of the event that inspired it: the true story of a spontaneous Christmas Eve truce between German and Allied soldiers during World War I. Unfortunately, this will also be the show’s final season, as the magical male vocal ensemble Cantus has decided to shelve it for a while. See it while you still can.