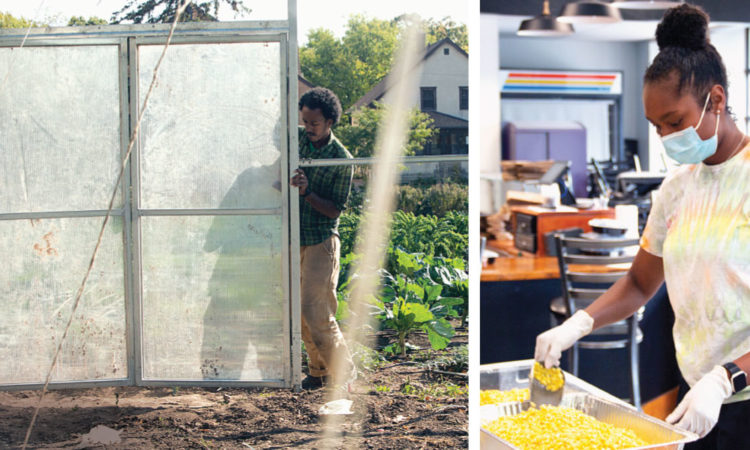 Appetite For Change operates urban farms and a social enterprise catering business, among its many community programs. Helios Photography

“I cried like a baby,” she said in a Wednesday interview. “I was speechless.”

On Friday, an anonymous donor gave the gift, which marked the largest donation in the organization’s 11-year history. Leaders received a verbal commitment for the money earlier this summer, but they held off on making a public announcement until this week. Stephanie Malone, VP of advancement, said an adviser for the donor first contacted the nonprofit in late June. She said the gift came from a “family whom we don’t know.”

For perspective, Appetite For Change has a total budget of just over $4 million in its current fiscal year. And last year, the organization reported total revenue of around $2.5 million. Most of that money came through foundation grants, Malone noted.

“Historically, individual giving is around $300,000 to $400,000 a year, coming from a number of households, so this is a whole different caliber of gift,” she said.

Appetite For Change operates a number of urban gardens around North Minneapolis and a few social enterprise businesses, including a catering service and a pair of restaurants. The nonprofit’s stated goal has been to “build health, wealth, and social change.” Powell said the $1.5 million donation will help improve the nonprofit’s operation across the board.

Her plan is to use some of the money to buy new vehicles for the nonprofit’s catering business and meal box delivery service. She also plans to hire a few more staffers and buy technology to enable her restaurants to accept mobile payment. Currently, Appetite For Change has a staff of 100.

Malone said the donation will enable the organization to “grow our enterprises and be on a level playing field with other entities out there.” Those enterprises include Breaking Bread Cafe, located right next door to the nonprofit’s headquarters on West Broadway. Malone said the cafe fills a much-needed niche in the neighborhood, where options for fresh food are limited. Her aim is to make the cafe “more accessible in the community and beyond.”

But perhaps one of the most consequential uses for the money will be to lay the groundwork for a permanent home. Appetite For Change currently operates in a rented space. Powell has no plans to leave North Minneapolis – “We’re not going nowhere,” she said – but she would like to own her own building. She said she’s setting aside some of the money as seed funding for a capital campaign to buy a permanent space.

“Right now, we don’t have that much space,” Powell said. “Looking out into the future for Appetite For Change, we want to be here for generations to come. A space we can call home.”

Powell said the donation serves as clear affirmation of her nonprofit’s mission. It’s also a helpful boost after the uncertainty of Covid and disruptions in the wake of the murder of George Floyd.

“It just gave me the hope I needed at the time to continue on with the work that we’re doing,” she said.

In spring, Appetite For Change received a Community Impact Award from TCB. 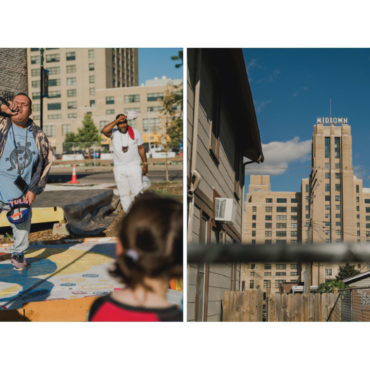 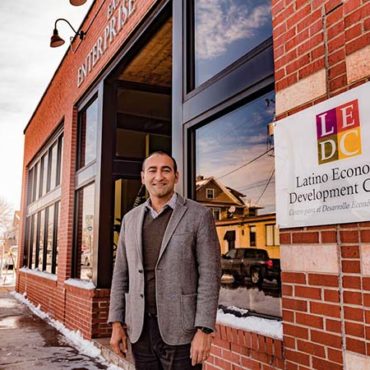