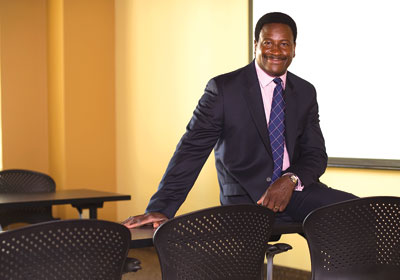 For vendors, time in front of those eyeballs is a highly profitable privilege—one that they work hard to get. Like other megastores, Target expects to hear business arguments from its hundreds of suppliers to justify their place on the shelves and in product placement. Big-box retailers want those arguments fast, too—usually within two or three days after those retailers send suppliers weekly point-of-sale data. It’s not easy to analyze those numbers and create a business plan in just under three days; the job is even harder for large-scale suppliers such as Procter & Gamble, which sells as many as 500 products through Target.

LumiData principal Bruce Erickson started the company in 2003. An independent consultant who developed software for Gillette and Unilever in the early part of the decade, Erickson saw Target become one of the first big retailers to ask suppliers for point-of-sale analysis.

Solys analyzes information in three interrelated areas: category management, supply chain management, and sales management. Each data set represents a crucial link in helping a vendor maintain a profitable relationship with a large retailer. What vendors covet in particular is the title “category captain,” in charge of growing annual sales in an entire category—oral care, say, or automotive—by a targeted amount. Captains typically have a great deal of influence with a retailer regarding how the category is managed.

Solys helps a vendor keep its captaincy by comparing and contrasting this week’s numbers against similar weeks. This allows vendor management to see what worked and didn’t work in similar situations. “You need to provide a fact-based return on investment statement in order to stay in the game,” notes Ransom Stafford, LumiData’s president, chairman, and CEO since 2004.

No supplier can meet its sales targets unless it also coordinates and drives the seamless flow of product from manufacturing facility to distribution center to store. “‘How much should we make?’ is not a trivial question—inventory is by far the most critical issue facing any retail operation,” Stafford says. Excess product can become obsolete, costing both vendor and retailer money. But a company that misses sales opportunities because the product isn’t on the shelves could lose both profits and the chance to become or stay category captain. LumiData’s product predicts likely sales levels, helping suppliers hit the inventory sweet spot—not too little and not too much.

In addition to its Minneapolis office, LumiData has operations in Bentonville, Arkansas—an effort to get closer to a certain major retailer based there.

“Part of our growth model is to be an anchor software provider for suppliers that sell into Wal-Mart’s more than 6,000 U.S. stores, plus those in China; and Target, with 2,000 U.S. stores,” Stafford says. “That could account for 25 to 40 percent of our sales volume.”