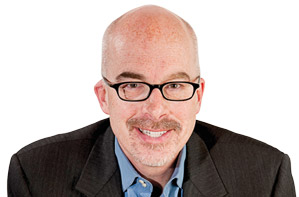 How Malt-O-Meal’s new all-natural cereal brand “kicked some shelf”—with only its packaging design as a marketing campaign.
April 01, 2011

A new product faces a brutal battle to claim and hold a spot on supermarket shelves. “Everybody is fighting for shelf space,” notes Mary Kemp, president and brand strategy director at Minneapolis-headquartered package design firm HartungKemp. “And they have to kick somebody else out to get there.”

That doesn’t stop thousands of new items from trying to get a foothold onto those steel plains every year. Most don’t make it. That great new chipotle hot sauce you bought last month? Your local grocer may have dropped the brand the next time you look for it. You were one of the few people who liked it.

Given the odds, there’s a certain fairy-tale charm to the success of the new product line whose packaging Kemp’s firm created: the Bear River Valley brand of “all-natural” cereals. Introduced in April 2010 on the shelves of about 130 stores, mostly in small Western markets, Bear River Valley is now sold in more than 1,200 supermarkets, including several in the Twin Cities. Its success also is piquing the curiosity of other distributors.

A big part of that charm is that Bear River Valley isn’t a new brand from Kellogg, Quaker, or General Mills. It’s produced by relatively modest Malt-O-Meal, based in Minneapolis. And the brand has succeeded without what Jennifer Sall, the company’s senior graphics manager, calls “a big-bucks marketing budget.” Yes, there were in-store promotions and some introductory price breaks. But most of the brand’s marketing is built into the package design.

According to Malt-O-Meal’s telling, the tale began in early 2009. Malt-O-Meal approached Associated Food Stores, a cooperatively owned grocery wholesaler headquartered in Salt Lake City with 540 member stores in the western United States. Malt-O-Meal had an idea for a new all-natural cereal line that Associated could offer those stores.

Most of us know Malt-O-Meal for its legacy hot cereal line. But it’s also the fifth-largest cereal company in the U.S. Its forte is the production of inexpensive, bagged versions of better-known ready-to-eat cold cereals for budget-oriented grocery chains. (The company is pretty unabashed about this business model on its Web site. For instance: “Malt-O-Meal Frosted Mini Spooners has four times the amount of folic acid of Kellogg’s Frosted Mini-Wheats and costs over a dollar less per pound!”)