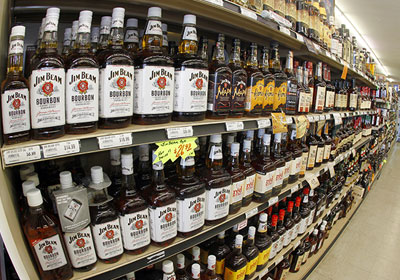 Allowing Sunday Liquor Sales Is Probably Going To Fail Again At The State Legislature. Here’s Why

Everything you wanted to know about why lawmakers won't pass a measure supported by a large majority of Minnesotans.
April 19, 2015

There are two words no lawmaker wants to hear while trying to pass a bill into law:
“Informational only.”

But that’s where supporters of a push to lift Minnesota’s 80-year-old ban on Sunday liquor sales find themselves. On Wednesday, two proposals to address the prohibition will get their first — and possibly only — hearing this year, in the House Commerce and Regulatory Reform Committee, and the “informational” tag on the gathering means no votes will be taken. One proposal seeks to lift the Sunday ban altogether, while another would allow local governments to choose whether liquor stores could sell booze on Sundays.

In other words, it’s probably the beginning of the end — once again — for Sunday booze sales in Minnesota, a recurring failure that can be perplexing to the 99 percent of Minnesotans who don’t spend their time at the statehouse. Politically, the issue unites residents right and left, urban and rural, with polling consistently showing overwhelming support for lifting the ban.

And yet, year after year lawmakers introduce and then kill any prospects of repealing the state’s so-called blue law. To explain why that happens, we’ve tried to answer a few of the most frequently asked questions around the issue — why one of the most publicly popular ideas routinely gets nowhere in the Minnesota Legislature:

Polls have shown most Minnesotans support Sunday liquor sales. Who opposes it?
By now, most Minnesotans have at least casually heard mention of the powerful liquor lobby at the Minnesota Capitol, even if they don’t know exactly who that is. It turns out that the same handful of groups have been opposing the expansion of liquor sales to Sundays for years — and still oppose it today. Leading the charge is the Minnesota Licensed Beverage Association (MLBA), which is made up of independent liquor stores around the state. They argue Sunday liquor sales bill won’t increase business but will simply spread profits over seven days instead of six. The group’s power comes from the size, breadth and political savvy of its membership: small business owners in just about every legislative district in the state — who make campaign contributions to legislators.

And the MLBA is hardly alone in its efforts to maintain the status quo. The Minnesota Municipal Beverage Association, representing most of the state’s city-owned liquor stores, the Minnesota Beer Wholesalers Association, which opposes wine sold in grocery stores, and the Teamsters Joint Council 32 are also among the ranks of those opposed to Sunday liquor sales. The teamsters recently changed their position on the sale of growlers (64 ounce jugs of beer sold at craft breweries), but they are still “strongly opposed to full Sunday alcohol sales,” according to a statement. The union’s biggest concern: that any change in the law would open up their labor contracts with liquor establishments, a possibility that has kept many powerful Democrats from supporting Sunday sales.

The key argument for opponents of Sunday sales boils down to a David vs. Goliath argument: small independent business vs. giant chain stores. “This current system has been in place in Minnesota for 70 years,” said Leslie Rosedahl, who represents groups in the liquor lobby. “Small businesses have made their decisions around this system. It would be massively changing an industry and changing the rules on these folks. The big guys can handle the extra cost of being open on Sundays, but the small guys cannot.”

OK, now we know who’s against it. So who’s fighting  for Sunday sales at the Capitol?
Each year, the issue is championed by individual legislators, often those who live in communities that border Wisconsin, which does allow Sunday liquor sales. (Minnesota, in fact, is one of only 12 states — along with the likes of Mississippi, Alabama and Utah — that still ban liquor sales on Sundays.) This year, Rep. Jenifer Loon, R-Eden Prairie, and Sen. Roger Reinert, DFL-Duluth, led the charge to repeal the ban at the start of session.

“This is one of those issues that really isn’t partisan, it tends to have a really local concern,” said DFL Sen. Susan Kent, who supports Sunday sales. “Because my district is Woodbury and we are so close to Wisconsin, I hear it strongly from local business owners and constituents. I know colleagues of mine in different parts of the state have a very different experience and a different reaction in their communities.”

For many years, there was no organized lobbying effort at the Capitol to show support for the Sunday sales when it came up for discussion. That’s slowly changing, thanks in no small measure to the craft beer boom in Minnesota. The Minnesota Beer Activists and a group calling itself the MN Consumers First Alliance have tried to make the issue more public, showing up with groups of supporters at hearings to testify in favor of Sunday sales and pushing online ad campaigns. In mid-March, the beer activists organized a Sunday booze run to Wisconsin, starting at the state Capitol, to protest the current law.

Why hasn’t there been a vote on the issue yet?
The Sunday liquor debate is a good lesson in how a bill becomes a law — or, more accurately, how it doesn’t. Both authors of the Sunday liquor sales bills have acknowledged that they don’t have enough support among the handful of members on the key House and Senate commerce committees. That’s partially the reason for the informational-only hearing in the House Wednesday; backers know that Sunday sales would fail if it were put up to a vote right now. The situation is even more dismal for Sunday sales in the Senate, where Senate Commerce Chairman James Metzen is opposed to the measure — and no hearing has been scheduled at all.

House Commerce Committee Chairman Joe Hoppe didn’t include Sunday sales in his broader “omnibus” liquor bill because it was too controversial, he said. The next option for supporters is to move the proposal as an amendment to the larger liquor bill on the House floor. If an amendment is successful in the House, supporters in the Senate can try to open up the debate in the upper chamber.

That sounds kinda familiar. Haven’t lawmakers tried that strategy in the past?
Yes, Sunday sales floor amendments are common in the House, but the effort fails every time. In 2013, the last time the amendment came up on the floor, it went down on a 106-21 vote. In the Senate, an effort to pass Sunday liquor sales was defeated on the floor last year, though growler sales did pass via a floor amendment. At the time, however, the Teamsters still opposed growler sales, which led Senate Democrats to table the discussion until the provision could be taken back out. Reinert has protested the floor-amendment strategy in the past, saying the last-minute efforts are rarely successful.

But some of the most powerful people in the state support Sunday sales, right?
Yes, namely Republican House Speaker Kurt Daudt and DFL Gov. Mark Dayton. Daudt’s support in particular gave advocates hope at the start of the session that something could change this year. But support and advocacy are two very different things at the Capitol, and Daudt hasn’t put any effort into trying to find the votes in his caucus to pass the bill. Same goes for Dayton. Though he says he would sign a Sunday liquor sales bill if it landed on his desk, Dayton also recently said it’s not high on his priority list. “We have bigger things to deal with here,” he said, ticking off priorities like transportation, education and passing a $40 billion budget this year.

What’s also important: Senate DFL Majority Leader Tom Bakk opposes the measure, which has made it hard for the bill to move in his chamber. Even some of Sunday liquor sales’ biggest supporters, like Reinert, are getting discouraged by the debate. The second-term senator recently said he’d rather not comment on the issue, and simply noted that the bill is not scheduled for a hearing in the Senate this year.

Has there been any progress at all?
By all accounts, yes. The Sunday liquor sales debate has come a long way in the last decade. Most expect there to be more votes in favor of the amendment on the House floor than ever before, and there’s been some movement on smaller issues. The omnibus liquor bills now includes allowing Sunday growler sales at Minnesota taprooms, after the Teamsters lifted their opposition. The proposal will also let bars and restaurants start serving alcohol at 8 a.m. on Sunday, instead of waiting until 10 a.m. under current law.

“The world is changing, it’s not us, it’s people who like to drink beer and better beer and better wine in different places; everything is changing,” said Hoppe, the House commerce chairman. “We kind of move the ball a little bit forward every year. I’ve been saying for three or four years that it’s coming, and I’ve been wrong every year. But if it’s not this year, it’s coming next year.”